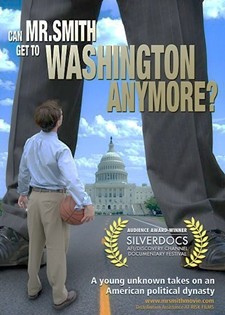 I could attempt to reconstruct the federal complaint filed against Missouri state Senator Jeff Smith and cohorts (state Rep. Steve Brown and campaign worker Nick Adams) for lying to federal authorities during an investigation into campaign violations.

Or I could just pull quotes from the complaint, such as this one where Smith is discussing his involvement with convicted felon Milton "Skip" Ohlsen -- identified in the complaint as "John Doe."

"We weren't fucking white knights here...none of us are going to get the fucking Nobel Peace Prize for our interaction with [John Doe]."

Or this one -- also from Jeff Smith -- in which the he alludes to fears that Ohlsen may have recorded conversations where Smith admits knowing that his campaign raised money for Ohlsen to mail out postcards attacking political opponent Russ Carnahan.

But then I thought to myself, why try to reconstruct the narrative behind this case when the feds have done such a terrific job explaining it themselves?

So, without further ado, pour yourself a cup of coffee and then follow the jump to read the 22-page case against Smith and posse. Trust me, it makes for a quick and highly entertaining read. Think of it as a script for The Wire. In fact, Adams even mentions the television show in the criminal complaint when he suggests to Smith -- who agrees -- that they purchase throw-away cell phones to use to corroborate their stories.

Adams: Can we get some of those pay as you go cell phones like on The Wire?

Smith: Buy three of them at Wal-Mart and meet tomorrow to pass them out.