Why No-Trade Clauses are a Bad Idea: Billy Wagner

I know I've mentioned before - numerous times, most likely - how much I hate no-trade clauses in baseball contracts. In particular, the no-trade clause in Kyle Lohse's contract has proven to be a source of major irritation to me, not because I don't think Lohse is a useful pitcher, but because I largely expect Lohse to be a fairly useful pitcher with a bad contract that would be hard to move in any circumstances, and damned near impossible when the player has the option of just saying, "Ummmm... nah."
You want an example of why no-trade clauses are such a bad idea in all but the rarest of situations? Well I'm happy to hear that, because we have one of the best examples you could ever ask for right now in New York - or maybe Boston, I'm not entirely sure - in Mr. Billy Wagner.
See, Billy Wagner signed a big contract with the Metropolitans of Queens a few years back, one that included a full no-trade clause. Seemed like a good idea at the time, I'm sure; Wagner was a dominant closer, and who wants to trade that guy? The problem, of course, came a couple years later, when Wagner suddenly came down with a bad case of the elbows, and had to undergo Tommy John surgery.
So Wagner has his TJ, rehabs, and comes back. And does he ever come back. He makes a couple of appearances, hitting 96 on the gun still (not bad at 38 years old), and his slider looks good. In short, he sort of resembles - if you squint just right - Billy Wagner. Unfortunately, while he was gone, the Mets went out and built themselves a big ol' giant heap of fail. Cost 'em $136 million to do it, and it is glorious.
The Mets have a new closer they signed over the offseason, by the name of Francisco Rodriguez. He's pretty good. So they don't really need a closer. Now, if they were in a pennant race, or even trying to chase down the wild card, I'm sure the Mets would be perfectly happy to run Wagner out there as one of the most terrifying setup men in all of baseball. The problem, of course, is the Mets aren't anywhere near a pennant race. So keeping Wagner around really serves no purpose to them.
Thus, the Mets decided they would like to move Wagner, try and get some talent back for him from a contending team. Sure, he has an option for next year and the Mets probably think they'll be back in the race then, but at some point, even the big money teams start to blanch at the amount of money they're spending. Bottom line, a couple youngsters the Mets could use to try and help bolster their farm club and future teams are more valuable right now that whatever Wagner might give them next season. 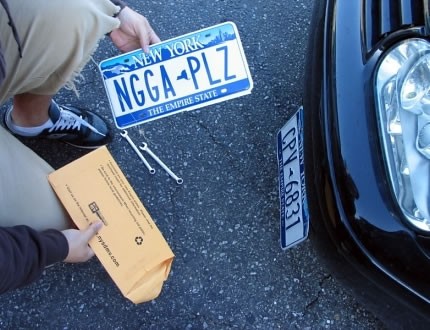 So the Mets put Wagner on waivers, and he was claimed by the Boston Red Sox. (And might I just say real quickly, I knew there was no way it would happen, but I was kind of hoping the Cards might put in a claim on him. Hey, if you're going all in, do it right.) Under the rules of the CBA, the Sawx and Mets had so many days to work out a deal.
And that's where things really got interesting.
The Mets and Red Sox apparently agreed to a deal, but Wagner refused to waive his no-trade clause unless Boston met two conditions: one, they had to refuse his option for 2009, and two, they couldn't offer him arbitration. The Red Sox were apparently willing to meet the first demand, but not the second. And that's a definite problem for Wagner.
Under the rules of the CBA, Wagner is likely going to be a Type A free agent after this season, meaning any team who wants to sign him would have to forfeit their first round draft pick to do so. Personally, I don't blame the Sox for not wanting to give up the chance at that draft pick; that's an extremely valuable commodity. On the other hand, Wagner and his representatives aren't fools; they see what happened to several of the Type A guys this past offseason, who ended up taking below-market deals because they were saddled with the Type A designation, and teams didn't want to give up their picks.
At that point, it looked as if the Mets were probably stuck with Wagner. They wouldn't get the talent they were hoping for, they would be on the hook for the $2 million buyout for Wagner's 2010 option, and they would have a malcontent hanging out in the clubhouse the rest of the season. (Wagner is reportedly not thrilled about the idea of being a setup man.)
Today, though, it looks as if the deal is going through, and Wagner has agreed to waive his NTC. What inducement the Red Sox may have offered him we don't really know yet, but I have a feeling there was some sort of concession made. Maybe not, but then again.
And that's the problem with no-trade clauses. It looks now as if Wagner has decided it would be in his best interest to go and pitch for a contender in the hopes of upping his market value, but he had all the power here. If he had so wished, he could have gone ahead and just held the Mets and Boston both hostage, refusing to waive his clause until his demands were met. And there was absolutely nothing either team could have done about it to force him to acquiesce to the move.

Look, I understand why players want NTCs in their deals. They don't want to move their families, they like the stability, the clause itself can be a powerful bargaining tool if the team does want to move them, etc. There are plenty of reasons to like having trade protection. The problem is for the team giving the NTC in the first place. It completely removes any ability to might have to fix your roster by moving players who need to be moved.
Contracts in baseball are already fully guaranteed; players are going to get their money regardless. With that in mind, teams need to be much more careful about handing out no-trade clause than they typically are. Say, for instance, after next season, when Roy Halladay comes on the market, the Cardinals decide they really want to make a play for him. They look at the budget, look at the attendance figures, and decide they can handle the contract, but they need to move one of their pitchers to do it. At that point, Kyle Lohse is obviously the guy you want to move; he's got a big contract that pays him more than his performance is worth (sorry, Kyle, but it's true; just the nature of free agent contracts), and is a solid but unspectacular performer. The problem, of course, is Kyle Lohse likes it here. He enjoyed his time in St. Louis enough to sign a contract the day after the season ended, a rarity for a Scott Boras client. He likes working with Dave Duncan. He likes the city. In short, Kyle Lohse probably isn't interested in leaving St. Louis.
So how do you deal him? Well, to be honest, you probably don't. See the problem? If you can only fit in Roy Halladay if you move a pitcher, and the pitcher you want to move can't be moved, then what are you supposed to do?
It's the exact same thing with Wagner. The Mets didn't particularly want him around anymore, as he is much more valuable to them as a trade chip than as a player, and the Red Sox wanted him because they need the bullpen help. Ordinarily, there would be no problem, but the no-trade clause in Wagner's contract turned it into a problem. Luckily for both teams, Wagner apparently decided he would be better off in Boston, but there was no guarantee he would cave. What should have been an easy, simple deal became much messier than necessary.
I understand NTCs are a part of the game nowadays, and if you want the top talent sometimes you have to give out a clause you don't like. If the Cards resign Matt Holliday after the season, I'm sure there will be an NTC included. Ditto to the monstrous extension they're going to need to hand Albert. And for star players, especially non-pitchers, I can understand sometimes. But situations change. The team that signs the contract may not be the same team at all looking to move a guy a couple years down the road.
No-trade clauses are a necessary evil at times. Even so, I still say they're usually bad ideas.