The Postcards That Brought Down a Senator

August 25, 2009 at 4:17 PM
comment
Here are a few images of the postcards Jeff Smith's congressional campaign mailed out back in 2004 to some 25,000 constituent attacking fellow candidate Russ Carnahan.

P.S. Carnahan won the election despite the mailings.

And here's another grainy image (is that a beach scene?) of one more negative advertisement mailed out attacking Carnahan. 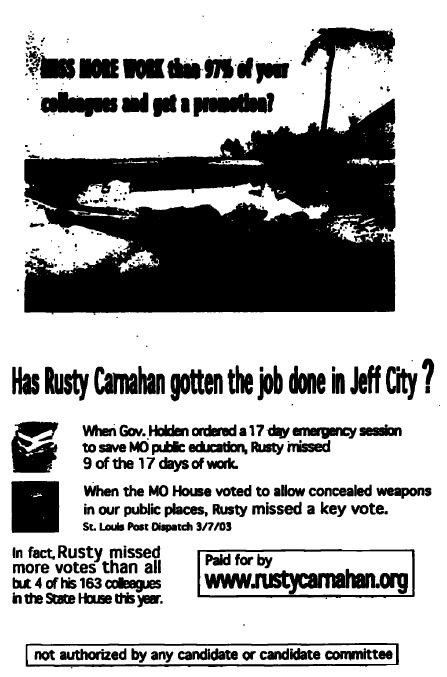