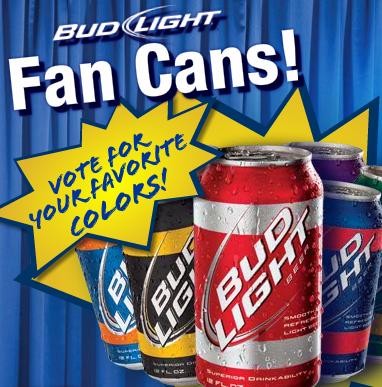 You won't find them at the frat house or shotgunning beers in the stadium parking lot, but there's at least one group on campus not happy with Anheuser-Busch's new college marketing ploy.

College administrators across the country say the brewer's Bud Light "Fan Cans" -- beers wrapped in school colors and sold in major university towns -- contribute to binge and underage drinking and appear as though the universities themselves sanction the brew.

The Wall Street Journal reports that at least 25 schools have formally asked the brewer to end the campaign near their campuses.

Many of those schools -- including University of Michigan, Texas A&M, University of Colorado, Oklahoma State and Boston College -- have cited trademark issues and underage drinking in their requests.

Meanwhile, administrators at University of Texas and Louisiana State University have decided not to take action even though the cans have already caught on with students -- two weeks before the start of football season.

As an LSU student tells the Journal: "If you put purple and gold (LSU's colors) on anything, especially for game day, it will sell like crazy."

P.S. Anyone know if A-B is selling black and gold cans in Columbia, Mo.? I imagine it is, though I can't imagine Mizzou telling the Missouri brewer to end the practice.