Ohlsen's Former Wife Testified that He Was Behind "Voters for Truth", Used Multiple Aliases

Smith and Brown are reportedly both under investigation for political postcards that Voters for Truth (VFT) mailed out in 2004 when Smith was running for U.S. Congress and Brown was assisting his campaign. The postcards attacked the voting record of Russ Carnahan, who eventually won the congressional race.

During the campaign, Carnahan filed a complaint with the Federal Election Commission alleging that the postcards (pointing people to a now defunct website called rustycarnahan.org) contained "false and malicious" information.

When questioned by federal investigators, Smith denied any involvement with the postcards. Meanwhile, Ohlsen told the FEC that a "Steve Brown" served as the treasurer for VFT. The feds claimed in their investigative report (viewable here) that they could not verify the existence of Brown. Now that same Brown is believed to be state Rep. Steve Brown, Smith's former campaign worker.

In that same investigation, Ohlsen also told federal investigators that he didn't know who operated Voters for Truth and that he only agreed to have his name listed as a signatory on the committee's checking account because VFT owed him money.

But that's not what Ohlsen's wife told the court during their divorce proceedings last year. 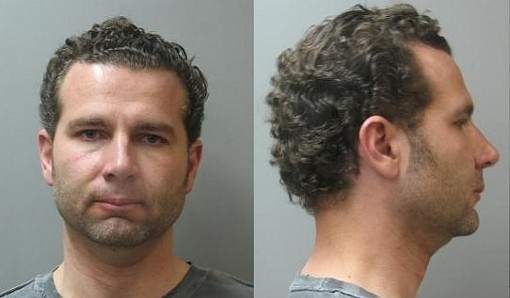 Michelle Ohlsen said that her ex-husband had many ventures one of them being Voters for Truth.

Below is an excerpt of her court transcript when asked by an attorney and judge to explain her then-husband's business interests:

Attorney: And what was Global Management?
Michelle Ohlsen: Global Management was a Nevada corporation that he created.
To do what?
I guess anything he wanted.
Okay. And what types of things did he do with that shell corporation?
He had studios.
Which was what?
That was a media company to do media for --
What else?
Democratic Strategy Group.
What was that?
That was another, the studio was the media, the Democratic Strategy Group was democratic planning.
What else?
He had Voters for Truth.
What was that?
That was, he, I think he was creating some PAC.
Judge: Some kind of what?
Michelle: PAC -- Political Action Committee.
Oh, PAC. Does he own these websites?
He has a bazillion of them, yes -- I'm sorry. He had a bunch of websites, yes.
What domain names did he have registered?
Democratic Strategy Group. Anything he could think of. I mean I would say he had probably 30 or 40. I just remember seeing them all. I started seeing them on the credit card.

Michelle also testified in court about the many different names her husband used -- one of which appears in the FEC investigation.

The FEC investigators noted that Ohlsen often used the alias "Mike Scott." But that is only one of Ohlsen's aliases according to his wife's testimony.

Attorney: Does Mr. Ohlsen go by several different names?
Michelle Ohlsen: Yes.
What names does he go by?
I've seen Milton Ohlsen, Milton Ohlsen III, Mike Ohlsen, Mike Scott, and he said in his deposition that [the name] he's assuming [at] the hotel was either Nathan Alexander, or Alexander Nathan, or Michael Alexander. He wasn't sure.

Ohlsen is currently in jail awaiting sentencing for mortgage fraud and weapons possession (as a convicted felon for drug trafficking, he's not supposed to own a firearm).

Sentencing was to be last week but has now been rescheduled to September 23 -- leaving many people to speculate that Ohlsen is spilling his guts to reduce his prison term. But that's not true according to his attorney, Paul D'Agrosa.

That said, I'm told that Ohlsen may be involved in an even bigger case than the Smith/Brown scandal -- details of which could emerge soon.