Is John Smoltz the Answer?

August 18, 2009 at 1:46 PM
comment
Short answer: yes with a but. Long answer: no with a yes.
I know everybody is all excited about the prospect of the Cardinals adding John Smoltz - wait, let me fix that - Future Hall of Famer John Smoltz, for the stretch run, but I'm not so sure it's as much of a slam dunk as so many others seem to believe.

So here's the deal: Smoltz was given his walking papers by the Red Sox, meaning he would be, essentially, free. Yes, he would technically still cost the pro-rated league minimum salary for the rest of the year, but let's face it: to a major league baseball team, the 80 grand or so it would cost for Smoltz is an amount of money that literally almost doesn't exist. Ergo, he's free. How often do you get a chance to add a guy going into the Hall of Fame for free? Well, just off the top of my head sans research, I have to think it's fairly rare. 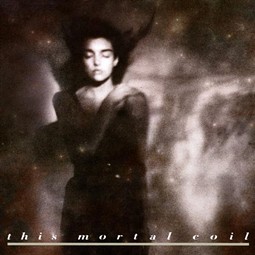 On the other hand, I've watched Smoltz pitch several times this year with Boston, and I'm just not at all sure he's got much left. His fastball velocity is still good, and his control seemed to be solid, but his breaking pitches were flat. I mean really flat. Like Gwen Stefani flat. When John Smoltz was still John Smoltz, he had two of the best breaking pitches I think I've ever seen. His slider was untouchable, and his splitter was just as nasty, enabling him to make pretty much any hitter, no matter how good, look helpless. Now, though, his slider just sort of moves a little laterally with no real downward bite, and his splitter looks more like kind of a weak change-up.

Worst of all, in the starts I've seen, Smoltz has looked completely defenseless against left-handed hitters. When he was good, he could bury that slider down and in to get lefties, or go away from them with his other pitches. Now, though, it seems that whatever he's trying to do against them isn't working, and the ball just sort of sits there in the middle of the plate, spinning. The numbers bear out my impression, too: lefties are OPSing 1.248 against Smoltz this year in 101 plate appearances. That's not a typo; 1.248. Now, that number is being fueled by what is certainly an unsustainable BABIP of .466, but frankly, I don't think that number is completely a product of bad luck. Left-handed hitters are just teeing off on him, period.
Chuck over at Viva El Birdos did a really nice breakdown of all the numbers with Smoltz last week; suffice to say, it's a very mixed bag.
Here's my thought on the whole matter: if the Cardinals are looking at bringing John Smoltz in to help solidify the bullpen, I'm all for it. We all know how much Tony La Russa likes to manipulate matchups, and in a situation like that, where he could be somewhat protected from exposure to lefties, I think Smoltz could still be very effective. He was one of the greatest closers I've ever seen for a few years there, so pitching out of the bullpen is nothing new to him. With the way the relief corps has been pitching lately, an upgrade is most definitely needed, and I think Smoltz could very well come in and be that guy.
On the other hand, there's a lot of talk about Smoltz still wanting to start, and his refusal to go to the 'pen being a big part of the reason the Sawx were willing to part with him so unceremoniously. If the Cardinals are looking at him to come in and take over the fifth spot in the rotation, that's just madness. I know the coaching staff covets veteranness over any other trait, but John Smoltz, as he is now, just doesn't have the stuff to be a starting pitcher any more. I don't care if his pride still wants him to start. When every left-hander you face essentially becomes Albert Pujols on a hot streak, you need to find some way not to pitch to many of them, and starting simply doesn't afford that opportunity. I realize quite a few fans have this irrational hatred of Mitchell Boggs, and yes, it's frustrating to watch a guy struggle to consistently throw strikes. But trust me, watching John Smoltz get lit up by every sinister hitter in a hundred mile radius is going to be much, much worse.
Maybe if Smoltz comes in here, he and Dave Duncan can figure something out. Maybe they can get the bite back into his breaking pitches, and he'll be fine again. But I wouldn't want to bet on it.
In the end, bringing in Smoltz is probably a good idea. He won't cost you anything, he's shown the ability to still get out righties, and we all know what kind of competitor he is. So sign him up, stick him in the 'pen, and see if he can't figure out something with his arm slot or his release point or whatever it is that's messing with his breaking balls. But bringing him in and thinking he's going to magically be able to pitch six innings without getting destroyed is going to end badly, I fear.