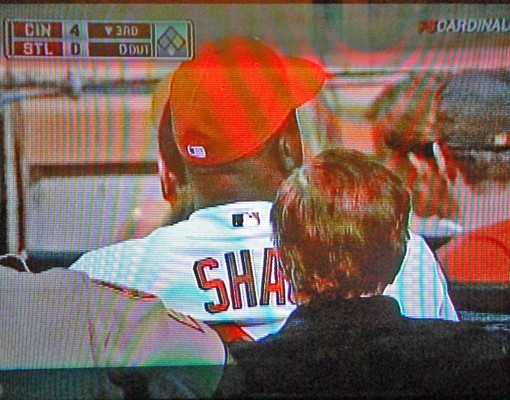 Spotted during the telecast of tonight's St. Louis Cardinals game, the poor guy who gets the seat behind the seven-foot-one-inch tall Shaquille O'Neal.

O'Neal is in St. Louis for the next few days, where he will film a home run derby against Albert Pujols, for a new reality TV show where the Diesel (is that name still relevant, what with all his entertaining tweets?) takes on pro athletes at their own game. 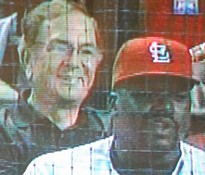 According to one blogger, the NBA star will take on Pujols Thursday at T.R. Hughes Stadium in O'Fallon, Missouri. The show will premiere at 8 p.m. on August 18 and be called Shaq VS.

Check back here tomorrow for coverage from O'Neal's press conference with Pujols.