Message Behind Blagojevich's New Website: In Rod We Trust

August 10, 2009 at 9:55 AM
comment
Have you seen the website former Illinois Governor Rod Blagojevich unveiled this weekend? 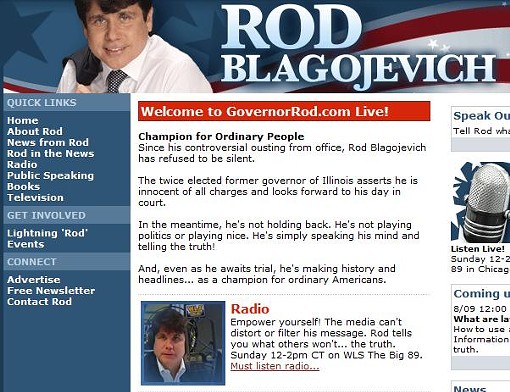 The site is worth checking out, if only for an unadulterated glimpse into how the ex-gov sees himself. You know, "as a "champion for ordinary people."

We're also informed, via the website, that Blagojevich is the "the first former elected official still facing charges to be named host of his own radio show."

Now if that isn't worth bragging about, what is?