By the Boards: Dennis Brown on the STL Theater Scene August 6-9

August 06, 2009 at 9:00 AM
comment
It is perhaps the most felicitous opening line ever written:

"If music be the food of love, play on."

In this very first sentence, Shakespeare sets the elegiac tone that dominates Twelfth Night, which opens this week at St. Louis Shakespeare. Again. Although through the centuries critics have never elevated Twelfth Night to the upper tier of the Bard's major comedies (a lofty perch reserved for A Midsummer Night's Dream and As You Like It), audiences must love it. Here in St. Louis over the past decade I think it has received more local productions than any other play (including High School Musical). 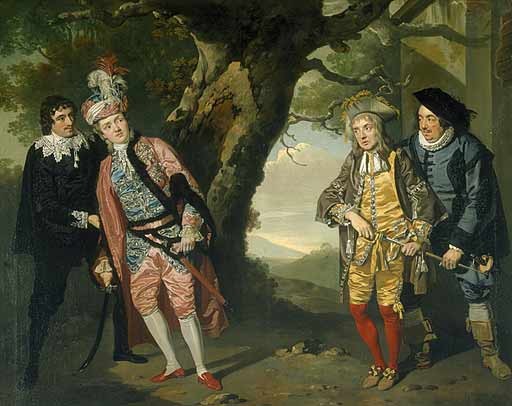 There is so much going on here, a director can take the script in any number of directions. Most stagings emphasize the mistaken identity when Viola disguises herself as a male page, only to find him/herself the uncomfortable object of the Countess Olivia's misguided affection. And that's always fun. But I think the play's lasting significance is to be found in the conflict between Sir Toby Belch, Olivia's Rabelaisian wastrel of an uncle, and the severe Malvolio, a humorless prig who cannot laugh or even smile. Because Malvolio loathes what he cannot understand, his menacing presence threatens Sir Toby's very existence.

There's no doubt as to whose side Shakespeare was on. Although he wrote 37 comedies, histories and tragedies, this is the only play to which he affixed a subtitle: Twelfth Night, or What You Will. The message of that phrase seems clear: Why, the Bard ponders, is it so difficult to simply "live and let live"? Why are there always bullies who feel compelled to impose their morality on others? As the slave to his own excesses, Sir Toby is hardly a character to emulate. Yet he nails Malvolio to the wall when he asks, "Dost thou think because thou are virtuous, there shall be no cakes and ale?" For understand this: Malvolio is not a straw dog. He is a man to be feared. His final line, "I'll be revenged on the whole pack of you," reveals Shakespeare at his most brilliant prescient: Sixty years after this play was written, the puritanical Oliver Cromwell (who might have been modeled after Malvolio) closed the theaters in London.

So if you go to see Twelfth Night, don't allow your natural affinity for the underdog to extend sympathy to Malvolio. If he and his ilk had their way, you would not even be allowed to attend this perennial comedy. But because you can, the Bard's sober message still shines through. That message is simply this: In a struggle between life and death, even when "the rain, it raineth every day," ultimately the sun will shine and life will prevail.