August 05, 2009 at 1:22 AM
comment
-- Albert Pujols is back, and the Mang is pissed. Oh yes, we all doubted, we all feared, we all wondered what was wrong. We found ourselves, in our darkest moments, questioning whether or not Albert was still the player we all thought he was. We looked to a new idol, to a man named Holliday, and we have angered the Mang.
There will be no mercy.

-- In all seriousness, I couldn't be more excited, and relieved, to see the night Albert just had. I don't think you can overstate how important it was for Pujols to have one of those games where he just goes crazy and beats the other team almost single-handedly, if only for everyone's peace of mind. I'm sure slumping as badly as he has been even began to wear on Albert a bit, though he would surely never admit so publicly. Maybe now he can just relax a bit and let the game come to him, rather than trying to force it. Pujols is perhaps the best I've ever seen at doing just that, at taking whatever the game offers, but he's been doing a mighty good impression of a player desperately pressing the past couple weeks. We can only hope that's all behind us now.
-- I'm not actually all that concerned with Joel Pineiro's rough outing. When a pitcher allows hitters to put the ball in play as consistently as Pineiro does, there are going to be nights when those balls find space to roam. The defense was less than impressive as well, particularly in the left-center field area (I won't name any names, though), and that certainly cost Joel a couple of runs. He also didn't help his case much, as the sinker was much flatter than we've seen recently, but overall, I'm not freaking out about one bad day.

-- I do, however, reserve the right to panic if Joel's next outing is anything but brilliant. We've been waiting for the other shoe to drop with Pineiro all year; I'll be damned if I'm going to be the last one jumping off his bandwagon as it crashes into the sea.

-- Todd Wellemeyer is still a bad pitcher. Unfortunately, the fact he avoided giving up any runs likely means we'll be seeing plenty more of him, as he and Dave Duncan continue to ineffectually tinker around with whatever it is Todd thinks he's doing out there. I still think P.J. Walters, despite his struggles at the ML level this season, is a much better bet to contribute some good innings down the stretch than Wellemeyer is. At least Walters is capable of racking up the strikeouts. (Walters has 27 strikeouts in his last 13 innings at Triple A. Bring him up and tell him not to abandon the changeup this time.

What we saw from the Colonel tonight, though, was exactly the same thing we've seen the rest of the year: he simply doesn't find the strikezone consistently enough, and when he does, he usually catches way too much of the plate. He escaped tonight without any real damage, but let's not kid ourselves; it could just as easily have gone the other way.

--Was it the best game of the year? For me, no. I'll still have to go with the 15 inning epic against the Dodgers just a week ago, but this one could quite possibly be the best win of the season for the Cardinals. Johan Santana on the mound (and in the second half of the season, when he suddenly goes all super saiyan every year), Pineiro bombs out to the tune of seven runs, Todd Wellemeyer makes an appearance, and the Cards still win? Probably the best win of the season, and definitely the most improbable. 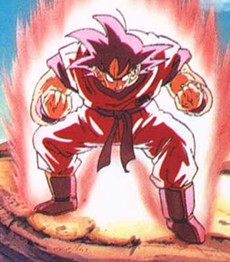 What was really impressive, and says an awful lot about how potent this lineup is right now, was the fact the Cards were able to put up five runs on Santana, on a night when he was dealing. Don't get me wrong, I've seen Santana better than that, but not a whole lot. He got through eight innings throwing only 103 pitches, and 74 of those were strikes. The Cardinals may have helped him out a bit by swinging early in the count, but I honestly don't think taking a bunch of pitches would have worked much better for them. I'm usually a real stickler for hitters seeing a lot of pitches and making the opposition work, but the way Santana was going, taking an extra pitch or two would have only ensured a bigger hole to try and climb out of for the hitter. Even so, they got five runs off him, and two more off Francisco Rodriguez, the Mets' big offseason acquisition. Very impressive stuff.