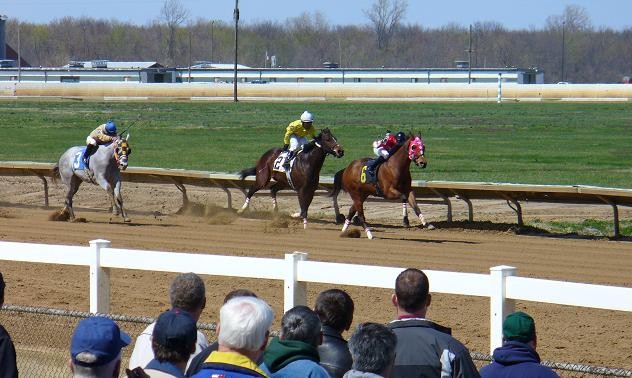 It's been a rough summer for Fairmount Park, the venerable and decrepit horse track in Illinois.

The windfall it expected to receive this summer from a tax on casinos is tied up in appeal. And it's looking as though the track will never get slot machines, especially after Illinois Governor Pat Quinn last month legalized one-armed bandits in bars and restaurants but not horse tracks. (The tracks have argued they need the gambling machines to compete with casinos and increase the size of their racing purse.)

As a result of these developments -- and an overall decline in on-track wagering -- Fairmount Park last month announced it would end its season early this year.

The park will have its last live race of the season August 15 -- a move that trims 18 dates off its original plans to host live racing at the track 75 days this year.

In today's Post-Dispatch, sports columnist Dan O'Neill goes behind the scenes at Fairmount to discuss the state of the track with employees, trainers and gamblers.

The general mood of those people can be summarized by Fairmount devotee, Debra Osburn, who tells O'Neill: "It's sad, just really, really, sad."