Prosperity in St. Louis is a Myth 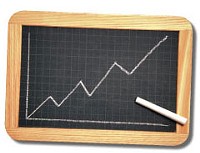 St. Louis' increase greatly exceeds the next-highest wage gain in the country last year that occurred in Clayton County, Georgia. Workers there saw their earnings rise a measly 9.9 percent by comparison, according to figures released recently by the Bureau of Labor Statistics.

So what contributed to the huge earnings gains in St. Louis? And how come you and I don't feel any richer than we did in '07?

As NPR reports, St. Louis' earnings increase isn't anything to brag about. The radio outlet notes that our city's ranking in the survey is a "recession-induced aberration."