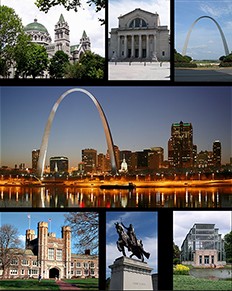 Several branches of the federal government have revised their travel policies so as not to appear as though they're misusing tax dollars during these tough economic times.

According to the Wall Street Journal, the Department of Agriculture and Department of Justice recently eliminated Las Vegas, Reno and Orlando from their list of eligible cities in which the agencies can hold conferences. The concern, according to government sources, is that taxpayers view these cities as too lavish or fun for government travel.

And what are some cities the government approves? You guessed it. St. Louis is at the top of the list. So, too, is Milwaukee and Denver. Government bean counters say these cities are good because they're A) relatively easy to fly to, B) inexpensive, C) not perceived as resort locations.

So, how many times is that now that St. Louis has been ranked #1 by being at the bottom?