By the Boards: Dennis Brown on the STL Theater Scene July 23-26

July 23, 2009 at 7:44 AM
comment
We have some long titles opening this weekend. You Know I Can't Eat Buffalo Meat When There's a Terrorist on the Loose from First Run Theatre is the unknown quantity, but then that's the point of productions at First Run. They're all, like this play by Mario Farwell, world premieres. First Run is a gambler's theater that draws its audience from those who are willing to take a risk on the previously unseen. I can't tell you the plot of Buffalo Meat. But if titles mean anything, it sounds as if Farwell's play would like to do for our generation what Dr. Strangelove: Or, How I Learned to Stop Worrying and Love the Bomb did for the Cold War 1960s. 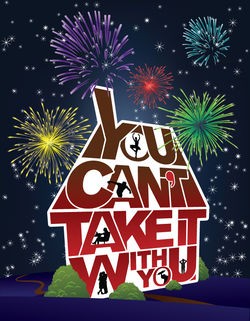 You Can't Take It With You, whose title is only half as long but twice as familiar, opens Saturday night at the Lyceum Theatre in Arrow Rock. Despite the fact that Arrow Rock is about as rural a locale as you can find, and this venerable Depression-era Kaufman and Hart comedy is set in corporate Manhattan, this is a perfect fit for the Lyceum, for both play and theater resonate with history. And by the way, if you only know this play from the 1938 Frank Capra movie version, you don't know this play.

If you're looking for a shorter title, you can't get much more terse than Lerner and Loewe's Camelot, which opens a one-week run on Monday at the Muny. Ever since its Broadway debut in December 1960 (it was the first musical to open after John F. Kennedy was elected president), Camelot has had more than its share of detractors -- including its own lyricist, Alan Jay Lerner -- yet the show has remained a crowd pleaser. In his graceful memoir, The Street Where I Live, Lerner described his saga about King Arthur and the Round Table as "pockmarked with flaws...but there was something about Camelot, more than any play I have written, that was too much a part of me to be objective."

I had occasion to spend an afternoon with Lerner not long after that book was published. I asked him what prevented his objectivity. "I love the theme of it so much," he conceded. "It sounds pretentious, and I don't mean it to, but I love the naked idealism of it. King Arthur's discovery that everything he had done was not for naught -- that so long as it lived in the heart of one child, it still lived -- somehow that thought touched me so deeply that I couldn't extricate myself from the feeling. And I still have it.

"I realize even now it's an imperfect work, but it's my favorite. There are moments in Camelot that I like better than anything I've ever written. I've also come to appreciate Fritz's [Frederick Loewe's] score more and more as the years have gone by. It's melodic and haunting, with a Schubert quality to some of it."

So go and don't be embarrassed to enjoy it -- and don't give it a second thought when the critics tell you how flawed the show is.