July 22, 2009 at 12:34 AM
comment
-- Okay, first off, I have to say just how pissed off I am at Todd Wellemeyer.
I know what you're thinking. That I'm going to go on some big long rant about how terrible he's been, complete with a variety of odd acronyms that don't make any sense to you. That I'm going to tell you that by several objective measures, he's been one of the five worst starters in all of baseball this year. However, I think that's ground which has been pretty well covered, so I'm just going to leave it alone.
What I will take Wellemeyer to task for, however, was his postgame interview. To briefly summarize: Todd Wellemeyer gave up five runs and seven hits while getting only one out in the fifth inning. After the game, he said he felt it was, "A real step forward," and, "The best I've felt all year." He went on to talk about how good the velocity on his fastball was.
Okay. Deep breaths, Aaron.
Does anyone else remember all those postgame interview sessions Garrett Stephenson used to give after shit performances, when he would say those exact same things? How well he thought he threw the ball, how strong the ball felt coming out of his hand, how he only made one or two mistakes all night, and he just didn't get away with anything. 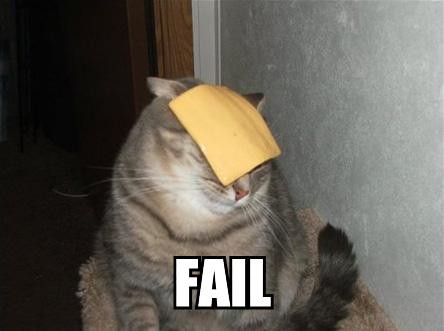 Listen, Todd. You're kind of a shitty pitcher. Okay? I know it, you know it, the American people know it. You suck. At least have the decency, after you shit the bed in such magnificent fashion once again, to act a little upset. Don't put your team in a four run hole and then tell us how good you felt. Punch a Gatorade machine or something. Anything but the Stephenson Approach. Please, Todd, anything but that.
-- I have no idea what in the world is going on with P.J. Walters, but it doesn't seem to me like he's throwing his changeup much at all. In two innings plus two batters, Walters only threw two chaneups. The change is easily his best offering; why isn't he using it more often? On the other hand, he threw a ton of sliders, and while his slider has certainly progressed to the point it's a useful pitch, it also isn't nearly as effective as his changeup.
I hope this isn't some sort of weird coaching thing. On the whole, Cardinal pitchers throw far, far less changeups than most of the rest of baseball, but throw more sliders and cutters. I really hope P.J. isn't being told to ditch his best pitch because it doesn't jibe well with the team pitching philosophy, but I worry that's just what is happening.
-- On the bright side, Josh Kinney had a very nice outing, as he managed to escape the jam Wellemeyer left behind. Positives have been tough to come by for Kinney this season; let's hope this is the sort of thing he can build on.
-- I will say this: I thought Brad Thompson vs. Tim Lincecum was the worst pitching matchup the Cardinals would have to face this season, but I was wrong. Oh, so very very wrong. Todd Wellemeyer against one of the better soft-tossing lefties in baseball the last couple seasons? Let's face it, folks: the Cards never had a chance in this one.
-- And, just to finish up on a positive note, fantastic performance from Mark DeRosa tonight. That's the sort of performance I think a lot of us were hoping to see from him on a regular basis when the Cards made the deal for him. Obviously, he isn't going to hit two home runs every night, but just watching the way he was swinging the bat tonight was encouraging. Those first few games after DeRo got here, you could see the normal bat speed just wasn't there. Since coming off the disabled list, his swing looks much, much better.
Hopefully, DeRosa can keep swinging the bat like that down the stretch. The Cardinals are going to need him to if they're to have any chance of holding on at the top of this division.