Sonic Youth at the Arch

Music editor Annie Zaleski called this show on Friday "one of the best concerts in St. Louis so far this year. Thanks in no small part to perfect weather, a healthy-sized crowd gathered underneath the Gateway Arch for the free Sonic Youth show, the first Live on the Levee concert this year." Read the concert review and see more photos.

Chris Isaak at the Pageant

Chris Isaak pulled over a very Vegas show on Friday night. And Roy Kasten has a full review of his set and more photos.
Beach Bodies at Home Nightclub

Joan Baez at the Pageant 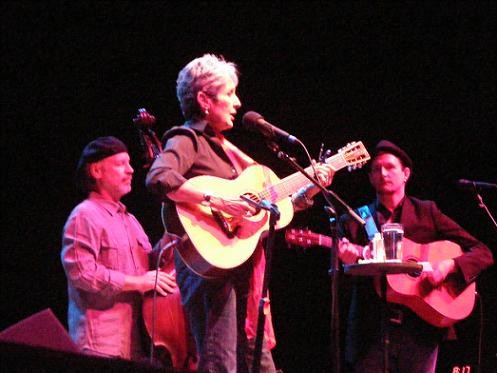 During a 90-minute, no opener, no intermission set, Baez employed her famous vocal instrument, huskier and sweeter now in its three octave range, with songs spanning her 50-year career. Starting with "The Lily of the West" from 1961's Joan Baez Vol. 2, released when she was twenty years old, Baez moved gracefully into recent works from 2008's Steve Earle-produced Day After Tomorrow, including the Earle-penned "God Is God" and "Christmas in Washington." The latter Earle piece is an obvious Baez choice for its chorus "So come back, Woody Guthrie/ Come back to us now. 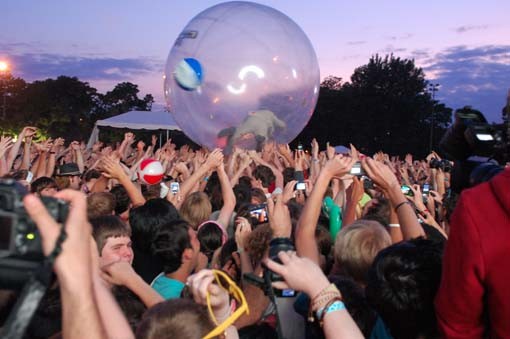 Pitchfork Music Festival, the indie-rock fest over the weekened in Chicago, went down. Our coverage is here and photos are here.

Meanwhile, our sister paper in New York, the Village Voice, held its annual Siren Festival. Check out photos like the one above, the people spotted there, along with video, blog posts and reviews of the bands.