July 17, 2009 at 9:39 AM
comment
Now that Independence Day and the All-Star Game are in July's rear-view mirror, you might be watching your wallet, what with all those fireworks shopping sprees and major-league bar tabs behind you. So, here are a few economical things to do this weekend all under $10.

Cowboy Mouth at Mad Art Gallery (Friday)
Cowboy Mouth is about Cavale, a wild woman who may or may not be holding Slim hostage. Cavale works hard to convince Slim he could become the rock & roll Jesus if he just believed. Slim talks about French poets, and the ruination that Cavale has brought to his life. And then there's the dead crow, and the Lobster Man who brings the star-crossed lovers food. Mad Art presents Cowboy Mouth at 8 p.m. Wednesday through Saturday. Tickets are $7-$10. (More details.)
-Paul Friswold

Sonic Youth at the Gateway Arch (Friday)
In their 28-year career, indie-rock godfathers Sonic Youth have experienced unprecedented success - and had unparalleled staying power. The group performs for free at 7:30 p.m. under the Gateway Arch. (More details.)
-Jamie Lees 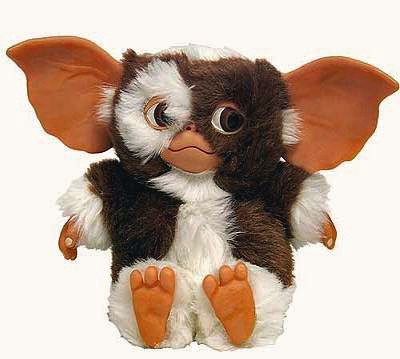 Gremlins at the Tivoli Theatre (Friday)
Technically this movie is on Saturday, because it shows at midnight, as the first feature in the popular summer midnight movie series put on by the Tivoli in the Delmar Loop. Tickets are $7, and you may want to arrive early for this popular midnight showing. You can buy tickets here. If you need a refresher, Gremlins is the 1984 comedy movie in a horror movie disguise. It's rated PG, runs 102 minutes and features the some very cute and some very not-so-cute monsters from the 1980s.

Burners Without Borders at Atomic Cowboy (Saturday)
Burning Man Festival and its attendees may get a bad wrap -- drug-swallowing nudists who ignite blazes that light up the desert skies for eight days straight, and all that -- but in 2005 after Hurricane Katrina, many of the free-spirited folks headed to NOLA to help the people of that city recover. Since that informal founding of Burners Without Borders, the group has taken part in other community causes -- and one such benefit is taking place on Saturday at Atomic Cowboy (4140 Manchester Avenue; 314-775-0775.) For a $5 donation that goes to benefit Operation Brightside -- the city beautifying organization -- guests can hear live music and take part in raffles and a silent auction. Oh, did we mention there will be your very Burning Man-esque belly dancing and fire performers? (More details.)

The Life and Times at Firebird (Saturday)
The Life and Times' loud, textured sound has evolved from the Midwestern rock tradition of the '90s, from a scene that was sonically bordered by the sparse, ragged noise-rock of the Jesus Lizard in Chicago and the fizzy, psychedelic guitar orchestrations of the Flaming Lips in Oklahoma. Somewhere in there, of course, was guitarist Allen Epley's former band, Shiner. With their second album, Tragic Boogie, however, Epley, bassist/ex-Ring, Cicada member Eric Abert and drummer Chris Metcalf have broken away from the past and have forged something new. It's $8 at the Firebird, 2706 Olive Street. (More details.)
- Jason Harper

A Woman Under the Influence at Webster University (Saturday)
The only flaw in the Webster Film Series' current John Cassavetes' program is that each film only screens once. But in the case of A Woman Under the Influence, the film that Richard Dreyfuss famously claimed caused him "to go home and vomit" due to its unflinching honesty, maybe one viewing is for the best. The film screens at 8 p.m. at the Moore Auditorium on Webster University's campus (470 East Lockwood Avenue; 314-968-7487 or www.webster.edu/filmseries). Tickets are $5 to $6. (More details.)
- Paul Friswold

Tour de Soulard Criterium (Sunday)
After being canceled last year, the 21st version of this popular Soulard bicycle race is back on this year and will take place on Sunday. It's free for spectators, but parking around the Soulard neighborhood will be limited, as the race course weaves throughout the near-south side neighborhood. The forecast for Sunday calls for clear skies and a high of 81, so you should be free from rain. (More details.) 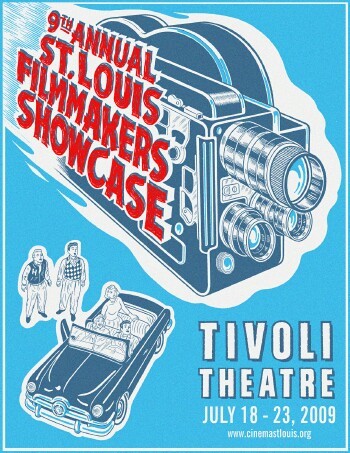 St. Louis Filmmakers Showcase at the Tivoli Theatre (Sunday)
Cinema St. Louis and its annual St. Louis Filmmakers Showcase have already done the hard work for you. Sifting through hundreds of submitted films to find only the best, the most audacious, the most beautiful and the most compelling films, the Cinema St. Louis staff now presents these features and shorts during a five-day burst at the Tivoli Theatre (6350 Delmar Boulevard, University City; 314-289-4150). For the full slate of films, visit www.cinemastlouis.org or call 314-289-4150. Tickets are $8 to $10 for each program or feature film. The festival runs through Thursday. (More details.)
- Paul Friswold

Breaking Out of Hell at the Tin Ceiling (Friday, Saturday, Sunday)
This whole "life" thing, it's a drag for some people. These impatient folks think, "I'm gonna die anyway. May as well get it over with and find out what comes next." That's the conceit in Jeremy Johnson's play, Breaking Out of Hell. Two guys bored with the everydayness of their lives make a pact to rip that Band-Aid off right now, but discover that the other side of life is not what they were hoping. Find out more at 8 p.m. Friday, Saturdsay and Sunday at the Tin Ceiling (3159 Cherokee Street; 314-341-0326 or www.tinceiling.org). Tickets are $10. (More details.)
- Paul Friswold

Macbeth at Old Post Office Plaza (Friday, Saturday, Sunday)
In a play where women are prime movers, the Slightly Askew Theatre Ensemble has taken the next step and recast Macbeth with an all-female ensemble. The outdoor production takes place at the Old Post Office Plaza (Ninth and Locust streets) 7 p.m. Friday through Sunday (July 17 through 26), and 7 p.m. Friday and Saturday only (July 31 and August 1). Admission is free and patrons are encouraged to bring their own seating. For more information, visit www.slightlyoff.org. (More details.)
- Christian Schaeffer