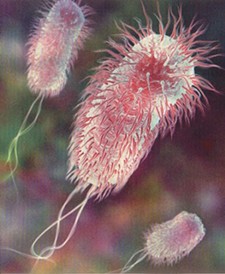 The Associated Press is reporting today that the Missouri Department of Natural Resources withheld a May report showing unsafe levels of E. Coli bacteria in the Lake of the Ozarks.

More than half of the 60 tests taken on May 26 showed E. Coli levels above the state standard, with at least two of those tests indicating levels of the bacteria at 19 times the standard.

Officials with the state's DNR apparently withheld the report for fear it would hurt tourism and business at the lake.

"We wanted to make sure we understood the problem," DNR spokeswoman Susanne Medley tell the AP. "Business and tourism was a consideration."

In May the state closed two beaches in Lake of the Ozark's State Park (near the lake's infamous Party Cove) but did not alert the public to other dangerous levels of E. Coli elsewhere in the water.

E. coli is a common kind of bacteria that lives in the intestines of animals and people and can indicate that water has been exposed to sewage or animal waste. When swallowed or entered into the body though blood, the bacteria may lead to stomach pain, bloody diarrhea and -- rarely -- death.