Stan the Man and the Tribute that Wasn't

July 15, 2009 at 9:53 AM
comment
I attended the All-Star Game last night, and I went as both a journalist and a fan. The journalist side of me wanted to see good baseball, interesting stories, and a professional production from the St. Louis Cardinals. The fan side of me wanted to see the National League finally fucking win something, Albert Pujols do something incredible, and the greatest living Cardinal of them all paid tribute to as he so richly deserves.
I'll be honest with you. Neither of my sides was satisfied by what I saw last night. I won't say the game was a clunker, because it wasn't, but if you tuned in hoping to see one of the all-time great contests in the history of the midsummer classic, you were probably disappointed.
In the end, though, the All-Star Game is never really about the game itself. (A fact which has sadly been lost on Bud Selig and his office in their eagerness to somehow make it count for something.) The All-Star Game is about the pageantry, and the history, and celebrating the players and personalities and stories of the past. No other sport has an All-Star Game like baseball; no other sport does the job baseball does of honoring those legendary players and teams upon which the history of the game is built.
And that is why the fan side of me is so utterly disgusted this morning.
Stan Musial is the greatest Cardinal ever. Not only was he one of the, say, five greatest players to ever step on to a baseball field, but The Man is legendary for his integrity, his character, his all -around goodness. Baseball's perfect knight, and all that. In short, Stan the Man is just the sort of player any franchise would fall all over themselves to honor when presented with an opportunity such as, oh, I don't know, maybe an All-Star Game? 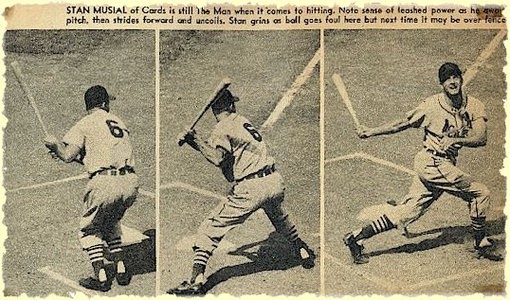 So I ask the St. Louis Cardinals: where was the tribute? Where was the video montage of highlights from Musial's career? Where were all the interviews with players, writers, and broadcasters, telling the story of Stan Musial and all he has meant to the St. Louis Cardinals and the game of baseball itself?
Instead, we got Musial in a golf cart, introduced as "The heart and soul of Cardinal baseball," and that was it. No video, no interviews, no statistical highlights, no nothing. Somehow I get the feeling watching President Obama shake Stan's hand and talk to him for a few moments failed to communicate much about Musial to the audience watching at home.
When the Red Sox had the All-Star Game in 1999, they paid tribute to their greatest player, Ted Williams, and they did it in style. The Sawx pulled out all the stops in honouring Williams, and it was one of the truly great moments I can recall in All-Star history. I have no idea who won the game that year (actually, I know it was the AL, simply because they've won every one of them since the mid-70s), or if the game itself was any good, but I remember the tribute to Ted Williams. I remember watching a legend of the game take the field in an historic ballpark and the people of the city of Boston pouring their hearts out for him. I remember being happy I had a chance to see it, knowing that something truly special was happening right before my eyes.
I thought the Cardinals were planning on honoring Musial in much the same way. Apparently, I thought wrong.
The Cardinals had a chance to do the same thing last night for Stan Musial, the greatest player in franchise history, and perhaps the greatest gentleman in the history of the game. And what did we get? Nothing. That's what we got.
We got twenty minutes of ex-Presidents paying tribute to community activists, and that was great. Civic service is wonderful, and seeing the players embrace those people on the field was a remarkable scene. But at its core, the All-Star Game is still a baseball game, and I think it's entirely appropriate the focus be at least somewhat on things baseball-related.
The All-Star Game hasn't been played in St. Louis since 1966, and I somehow doubt MLB is falling all over itself to bring the game back here any time soon. Stan Musial almost certainly won't live to see another All-Star Game played here. This was the Cardinals' only real chance to pay proper tribute to the man they call The Man, the player upon which so much Cardinal lore is built, the man as much a part of the city of St. Louis as the Mississippi. And they didn't do it.
No part of me, fan, journalist, historian, anything, is satisfied with what the Cardinals did for the All-Star Game. It was a pathetic display by a franchise that just can't seem to get much right lately. They had the chance, and squandered it.