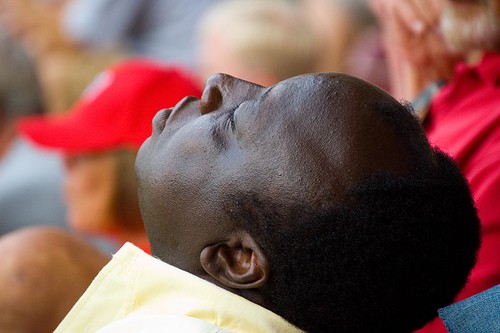 Couldn't care less about tonight's All-Star Game? Well, you're in luck. A couple municipalities are having meetings tonight that are sure to provide as many theatrics -- possibly more -- than you'll find at Busch Stadium. Best of all, they're free!

For starters the Northeast Ambulance and Fire Protection District will hold its regularly scheduled meeting tonight at 6 p.m. at the New Administration Building at 7100 Natural Bridge in Beverly Hills. Last week's meeting ended with one resident being ejected from the meeting for "scoffing" and another person arrested when he touched a police officer.

The fire department issues so many disorderly conduct citations at its meetings, its website features a link where officials can download .pdf copies of the summons to hand out to those it accuses of improper behavior. Residents of the district accuse fire officials of graft, and earlier this month the state's attorney general and auditor sued the district for Sunshine Law violations and refusing to hand over financial documents.

Sounds a bit, too, heated for you? Then perhaps you'd be interested in the less fiery -- but certainly smoky -- debate to take place tonight at Clayton City Hall at 10 N. Bemiston. That's where at 7 p.m. the city's Board of Aldermen will vote tonight on a bill outlawing smoking in Clayton restaurants and bars beginning next summer.