July 09, 2009 at 1:14 PM
comment
Unreal never ceases to be amazed at the sheer multitude of wondrous things in the world. Many of them, it is true, require the expenditure of vast sums of money, but that doesn't prevent us from marveling.

Such is the case of Pet Airways, a new airline exclusively devoted to -- yes, you guessed it -- small(ish) household animals. It makes its first flight next Tuesday, Bastille Day. (It's all about the liberty to be accompanied by your dog everywhere, which is a very French notion.)

We have spent the past hour studying the Pet Airways website obsessively. We cannot help but think, bitterly and enviously, why the hell didn't we think of this first? 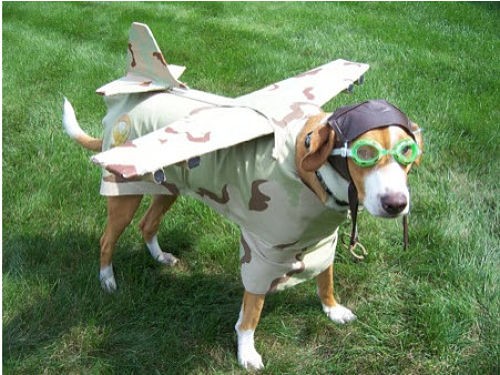 Dan and Alysa, the founders of Pet Airways, credit the inspiration for their new business venture to Zoe, their Jack Russell terrier. They like to travel. They like to take Zoe with them. Unfortunately, Zoe doesn't fit beneath the airplane seats and airline personnel refused to be moved by her adorableness and consigned her to cargo. 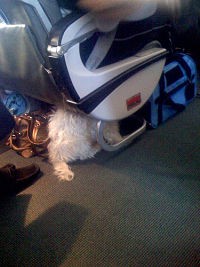 Unreal has never flown cargo, but the descriptions on the Pet Airways website make it sound way worse than coach. It's dark and there's no air-conditioning and the animals have only suitcases for company.

Instead of switching to road trips, Dan and Alysa decided to start their own airline.

Unreal must confess that if we were a pet, we would not be terribly jazzed about Pet Airways. For one thing, you have to travel alone, without your doting owner, among strangers. For another, you have to stay in your carrier the entire time. (It's secured to the side of the plane somehow so you don't go skidding everywhere.) Also, there is no food or beverage service because then you might have to pee and the Pet Airways attendants who check up on you every fifteen minutes are not down with potty breaks. And finally, you are always referred to as a "pawsenger." We find that terribly dog-and-cat-centric. What if you're a potbellied pig and have only trotters? Or a snake with no limbs at all?

Still, our temporary obsession with Pet Airways has got us thinking... 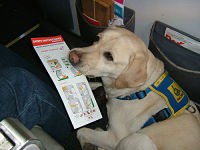 At the moment, Pet Airways only flies to five cities. St. Louis, predictably, is not among them. (They are New York, LA, D.C., Chicago and Denver. All cross-country flights have a overnight layover in Chicago.) A firm believer in the free-market economy, Unreal feels moved to point out that there is ample room for competition here and that there is a whole empty terminal at Lambert Field and that it is unlikely George Clooney will return to film Up in the Air 2: Revenge of the Baggage Handlers anytime soon.

Unreal is too poor to afford prop planes with pet fixtures, not to mention kind of lazy. Hell, we're kind of like Zoe. We're adorable and prefer suggestions to practical action.