July 07, 2009 at 8:57 AM
comment
I wonder what sort of greeting Jason Marquis is going to get from the Busch Stadium crowd? I assume it will be positive, in keeping with the spirit of the All-Star Game and all, but I have to admit, if Marquis does in fact get into the game, I'll be sitting there in the press box, secretly hoping for one of those Whitey-Ford-killed-by-a-hail-of-pretzels-moments. Not because I dislike Jason Marquis all that much - though I do admit he used to make me want to rip my own eyes out of my head to avoid watching him pitch any more - but because the very fact Marquis is an All-Star frankly makes me question the inherent worth of mankind.
Yes, yes. I know it's cliche, to complain about All-Star selections; basically the midsummer version of the annual MVP Bitchfest of the autumn. But it just isn't the sort of thing I can easily let go, so this is how it's going to be. 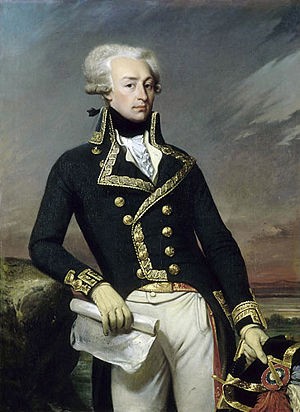 The thing is, Jason Marquis is on the All-Star team this year because he's won a bunch of games. No more, and no less. And given that I think we can all agree wins are a completely meaningless stat for pitchers, the fact Marquis is on the team strictly because of his W total is just painful to me.
Let's take a look at two pitchers, shall we?
Pitcher A- 11-5, 3.61 ERA, 117.1 IP, 114 H, 54:38 K:BB
Pitcher B- 6-9, 3.339 ERA, 106.1 IP, 113 H, 43:12 K:BB
Can you guess who each one of these guys is? Pitcher A is Jason Marquis, who will be going to the All-Star Game. Pitcher B is Joel Pineiro, who will most definitely not.
Now, I am not, under any circumstances, trying to suggest that Joel Pineiro should be an All-Star. Joel Pineiro has been a remarkable story this season, as he has reinvented himself as perhaps the ultimate Dave Duncan pitcher, a groundball machine who neither walks nor strikes out absolutely anyone. He is not, however, an All-Star.
On the other hand, Pineiro does have a lower ERA than Marquis. He's been a bit more hittable, but look at the K:BB ratio. Marquis isn't even at 1.5:1; Pineiro comes in at nearly 4:1. You could absolutely make the case Joel Pineiro has been a better pitcher than Jason Marquis this year.
What really galls me, though, isn't that Jason Marquis hasn't really pitched well enough to make the All-Star team. Hell, players make the team all the time who haven't played well enough to deserve it. No, what bugs me the most about this whole situation is Marquis wasn't chosen by the fans. Jason Marquis was chosen by the coaching staff.
I can handle it when fans vote a guy in who shouldn't be allowed to watch the All-Star Game, much less play in it; after all, the whole thing is really just a popularity vote. The fans can choose whatever stupid ass team they please. But the coaching staff? These guys should know better. When the manager of the World Series champion Phillies, Charlie Manuel, chooses Jason Marquis to be on his team, that's just baffling.
Of course, it's also entirely possible Manuel and his staff just had to pick a guy from Colorado, since every team has to be represented in this annual farce. In that case, though, what about Brad Hawpe? Dude's OPSing .985; Coors Field or not, that's pretty damned good. So what if he isn't a pitcher? The coaching staff can choose - wait, what's that, you say? Brad Hawpe is on the team? Huh. That's weird. So you're telling me Marquis didn't have to be there just to represent Colorado?
No, Jason Marquis is on the All-Star team because he's won a bunch of games and real baseball people think that means something.
Could we maybe cheer and throw pretzels?