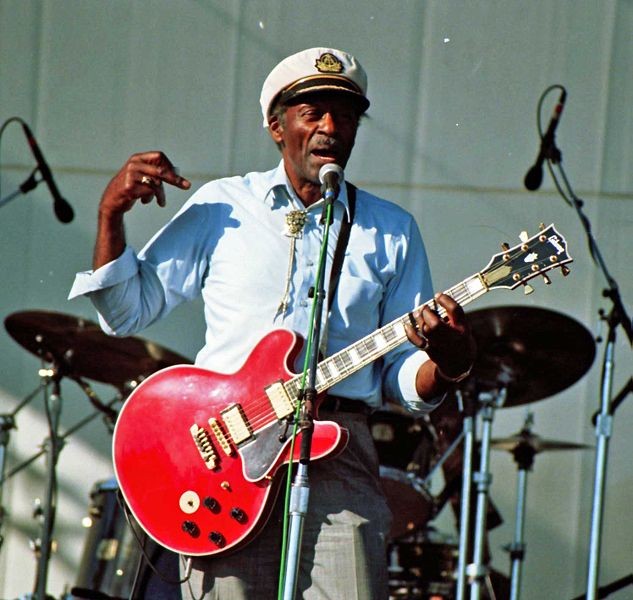 KMOX morning talker Charlie Brennan, along with Joe Edwards, the unofficial emperor of the Delmar Loop, have rolled out plans to erect a statue of Chuck Berry in University City.

Edwards told Brennan on the air last Thursday that he has a spot marked between Fitz's and Brandt's for the statue. Trailnet is working on bringing a bike path right into the Loop, and the statue and adjoining plaza could be a stop on the path, Edwards said.

St. Louis Post-Dispatch columnist Bill McClellan, who has been beating the drum for such a statue for years (and can sometimes be found tapping his foot at Berry's monthly shows at the Duck Room), chimed in with his support. KMOX is collecting donations to build the statue.

The magic number's about $100,000; sculptor Harry Weber is on deck for the commission, according to Brennan.

Last Friday morning, Brennan tweeted that $10,000 had already come in from a single anonymous donor.