Where Not to Drink and Drive this 4th of July Weekend 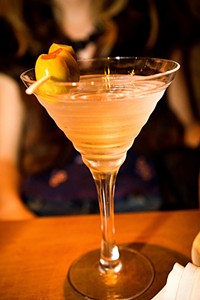 It's not that we here at Daily RFT endorse drinking-and-driving. We don't. (Truth be known, we're much bigger fans of drunk jazzercising.) But for those who do plan to imbibe this three-day weekend and get behind the wheel, here's a few areas you'll definitely want to avoid.

Unincorporated West County: The St. Louis County police sent our a release today saying it is conducting "DWI Enforcement" in parts of West County that fall under its jurisdiction this weekend. The checkpoints will be up tomorrow (July 3) and Saturday (July 4). The county police say they will conduct similar checkpoints this weekend in its Affton Southwest and South County precincts.

St. Louis County: Last week the Missouri Highway Patrol sent out a vague news release announcing it plans a large DUI checkpoint somewhere in St. Louis County in the month of July. No further details were given.

Have you heard of any other checkpoints planned for this holiday weekend?

If so, leave 'em in the Comments thread below. And as our favorite spokesman -- Fred from Dirt Cheap -- says: Have fun this weekend, but "be careful out there."