Party Cove Records Its First Death of the Season 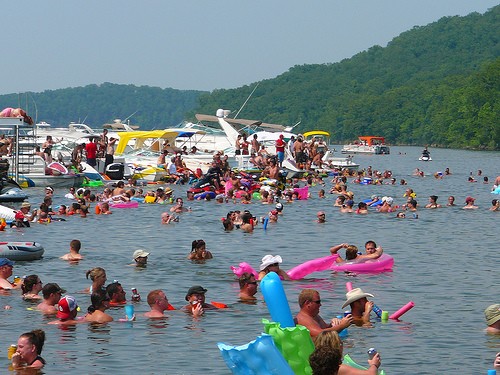 Heading down the Lake of the Go Carts, err Ozarks, infamous Party Cove this 4th of July weekend? Take heed.

The backwater Sodom and Gomorrah claimed its first life of the season last week. The Missouri Water Patrol reports that 33-year-old Todd Cornine of Richmond, Missouri, was swimming near the cove around 8:10 p.m. last Saturday when he disappeared into the murky water.

Cornine was not wearing a life jacket and the Water Patrol say its too early to tell if alcohol may have contributed to his death.

As Riverfront Times reported back in 2005, Party Cove sees an alcohol- or drug-related drowning every few years and is known as one of the most dangerous (and depraved) party spots in the country.