-Joe Thurston has got to be the worst baserunner I've ever seen. I'm fully aware that good and bad baserunning alike, over the course of a full season, will only help or hurt you by a few runs, but from a situational standpoint, Thurston getting picked off of second base in the seventh inning was as costly a mistake as I can imagine. The Cardinals had the Mets on the ropes, and looked ready to put the game out of reach. Men on first and second, one out, two runs already in, and the meat of the order up. At the very least, the Cardinals should have expected to get at least one more run there.

Instead, Thursty Joe apparently just forgot what the hell he was doing, wandered out to a big ol' lead, and promptly got picked off. The fuck, Joe? You aren't really contributing much of anything with the bat, every time you make a throw from third base I have to cover my eyes to avoid seeing Albert Pujols nearly killed by an oncoming runner, and now this? The least you can do is pay attention on the god damned bases!

And what's even worse is that he was in the game as a fucking pinch runner! That's right, he was specifically put into the game to run the bases. Ugh. Look, Tony, I know you're looking like crazy for a reason to keep your boy on this team, even though he's now completely redundant, but of all the things you could have him do, why pinch running? Just have him pick up your dry cleaning, run errands for you, that sort of thing. But please, don't give him the chance to blow up good situations with his abject stupidity on the basepaths. He can be your personal assistant, and Tyler Greene can be your running guy, okay? 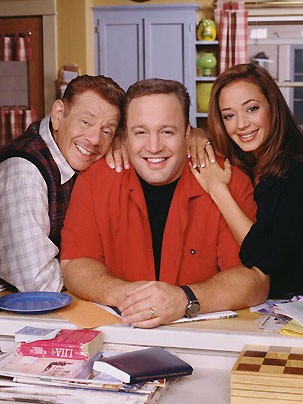 -Come to think of it, why didn't we see Colby Rasmus pinch running there? After all, he's probably the fastest player on the team aside from Tyler Greene, and he could have just slid right into the outfield, seeing as how it was Chris Duncan who was being run for. Oh, that's right, because we're still playing a guy at second base that you don't trust to make a play at the end of the game. I know that Tony loves to move players around like crazy, but this musical chairs bullshit at the end of every single fucking game has got to stop.

-Joel Pineiro, I'm sorry for every bad thing I've ever said about you, your lineage, the ugliness of your wife, children, pets, automobiles, relatives, everything. I'm sorry I once told my friend Dave that I thought I saw you blowing a guy for gas money down on Broadway by the old Lemp Brewery. I'm sorry for comparing you to a papier mache children's toy that lets loose a flood of chocolate when you whack it with a stick. I'm sorry for telling that joke about what the best Christmas present is for Joel Pineiro. (The punchline, by the way, is that it doesn't matter, 'cause he'll just give it right back anyway.) I'm even sorry for finding out your address and hanging piñatas from all your trees.

Jo-El, you are a god among men. You are a Cadillac in a world of Pintos. Joel, I would be honored to have your DNA in my genetic pool, and I would like to offer up my sister to you. Use her however you wish. It would be a privilege. She'll be over-

What? Shut the fuck up, Karen! You'll do what Mr. Pineiro tells you, and you'll like it! No, I don't care how uncomfortable that piñata costume is! Son of a bitch, do you ever stop whining?

Oh, and while you're over there, just casually mention to Joel you heard Jose Oquendo say he thought Joel's new haircut was really, really ugly, and made him look like a possible homosexual.

That should keep this streak going for another month or two.