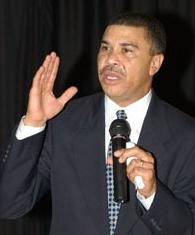 The resolution "acknowledges the fundamental injustice, cruelty, brutality and inhumanity of slavery, and Jim Crow laws," and "apologizes to African-Americans on behalf of the people of the United States for the wrongs committed against them and their ancestors who suffered under slavery and Jim Crow laws."

It ends with a disclaimer saying that the resolution does not support or authorize any claim against the United States.


In other words: We're sorry. But that doesn't mean you're going to get anything for it. It's a stipulation that has concerned some African-American lawmakers in the House of Representatives.

One of those reps is Clay, who tells Essence that he believes the disclaimer isn't necessary.

"But I understand the politics of it," he says. "The way they were able to get it voted through the Senate was to have that disclaimer so that anyone, with guilt on their conscience, could not object."