June 22, 2009 at 11:25 PM
comment
-This stuff of pinch-hitting for Colby Rasmus late in the game really needs to stop. Not because he's the Cardinals' best outfielder, or even because he needs to see left-handed pitching in order to learn how to hit it. No, it needs to stop because if Colby gets pinch-hit for, it means that we have to see Swingin' Dick Ankiel hit in the late innings, and that's a losing proposition no matter how you look at it.
-I'm think it's about time Todd Wellemeyer started really feeling the heat. He's been the Cardinals' least productive starter this year, and it isn't really all that close. Welley is currently sporting a 5.36 ERA, a 4.70 FIP, and a WHIP of 1.59. That's right, he's allowing over one and a half baserunners per inning. That's just god awful.

According to Matthew Leach's Twitter, the Cards' field staff is upset about Wellemeyer's pitching, but don't see there's any decision to make, as there aren't any better options. I'm going to take a bit of issue with that. Mitchell Boggs acquitted himself quite nicely in his earlier stint with the Cardinals this season. Even Blake Hawksworth, to be honest, can't possibly be any worse than what the Colonel has been, in my ever so humble opinion.
By the time Kyle Lohse is ready to come back, I believe that Dave Duncan and the rest of the field staff are going to have to make a decision about the future of Wellemeyer in this rotation, and in this organization as a whole. As much as I'm not a huge fan of Brad Thompson, at this point, I think he's a much, much better option in the rotation.
At this point, Wellemeyer has become the new Jason Marquis for me. Even when he's going well, it's just torture to watch him. The thing is, even when Thompson or Joel Pineiro, who I've also been very hard on at various times, are struggling, you can at least see what they're trying to do. Sometimes, the sinker just isn't there for Jo-El, and he's getting knocked around, but you can see him trying to execute the game plan. There are days when a pitcher just isn't all that sharp, and he's going to struggle. I can deal with that. 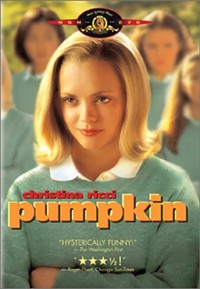 The thing about Wellemeyer is when you watch him, you have no idea what he's trying to accomplish out there, and I doubt he has much more idea that I do. Welley looks like he's just throwing whatever he can up there, hoping for a good result. He seems to change direction a couple times a game, and none of them really work. He still pitches like a power pitcher, but without power pitcher stuff. I'm just really at a loss to see how this thing is going to get any better for Wellemeyer.
-I don't know that I've ever seen Albert take a stranger looking swing than he did in the eighth inning, when he into a double play started by the pitcher. I almost wonder if the hit and run wasn't on or something, because you just don't see Pujols fooled that badly very often.
-I'm starting to really come around on Brendan Ryan. The guy has an outstanding glove, and is hitting just enough to keep from being a drain on offense. I have no idea if this is real or not- the ghost of his 2007 season fooling me into optimism is still very fresh in my mind- but if it is, I have to think the guy is moving beyond just being the utility player that I've always thought he was destined to be.

-One more reason for me to hate Todd Wellemeyer: he forced me to say nice things about Joel Pineiro and Brad Thompson, both players for whom I have expressed my disdain in the past. You will pay for this, Todd. Don't think you won't pay. Not only have you turned back into a pumpkin, you're now forcing me into situations I don't want to be in. Oh yes. You will pay.