Seriously Folks, Isn't It Time to Rip Up "The Star-Spangled Banner?" Let's Vote for a New National Anthem 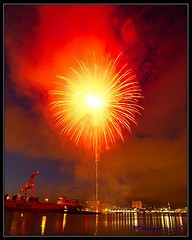 The ever-insightful Michael Kinsley today pens a right-as-rain column on why our "notoriously unsingable" national anthem ought to banished, from the New York Harbor to the redwood forests -- and all the fruited plains in between.

The argument Kinsley musters, albeit not entirely new among those who hold the view that "The Star-Spangled Banner" is a musical abomination, nonetheless bears repeating. Kinsley contends the the song, whose melody emanates from an old English drinking ballad, is all about bombs and war and bloodshed, and is further falsely infused (see "home of the brave") with a lot of "empty bravado."

"A professor of music, Caldwell Titcomb of Brandeis, pointed out years ago in the New Republic that its melody spans nearly two octaves, when most people are good for one octave, max. The first eight lines are one enormous sentence with subordinate clauses, leaving no really good place to take a breath. There are far too many mandatory leaps off the high board ("...what so PROU-dly we hail...")

And now to the coda:

"No, "The Star-Spangled Banner" has got to go. The only question is, What should replace it? Here we have an embarrassment of riches."

Kinsley suggests "My Country, 'Tis of Thee" would be the safe choice. It's familiar, easy to sing, even if the "tune is a rip-off of "God Save the Queen."

Then of course there's "The Battle Hymn of the Republic," replete with inspiring lyrics written by Julia Ward Howe during the Civil War to "supply something more wholesome for Union soliders to sing to the tune of "John Brown's body lies a-moulderin' in the grave."

"America the Beautiful," notes Kinsley, is the most conventional choice, with lyrics eloquent and "almost eerily appropriate in their humility. ("Confirm they soul in self-control/Thy liberty in law.")

Irvin Berlin's "God Bless America" is certainly a suitable alternative, though Kinsley correctly reasons that some will argue that the song is too seeped in religious sentiment.

All right, how about Woody Guthrie's "The Land is Your Land." After all, the melody has a range of just seven notes, and is even loved by Republicans who probably don't know that the songwriter was a communist fellow-traveler.

Springsteen's "Born in the USA," anyone?

Apropos of Nothing Music