Clothing Fit for a Prince

Just got word that Sean Muhammad, grandson of former Negro Leaguer (and Riverfront Times columnist) "Prince" Joe Henry, is coming out with a line of baseball collectibles to honor his late grandfather.

Muhammad, who's already compiled a book about his grandfather titled Princoirs, says he'll introduce early in 2010 a line of clothing and other keepsakes paying tribute to the Brooklyn, Illinois, native who passed away earlier this year.

"This is something I've been wanting to do for a while as a way to preserve my grandfather's legacy," Muhammad tells Daily RFT. "I've always loved that image of him swinging a bat, and I think these Negro League jerseys and hats are a way to carry on his story by letting people vicariously share something that was so important to him."

Muhammad is currently taking pre-orders for the collectibles. 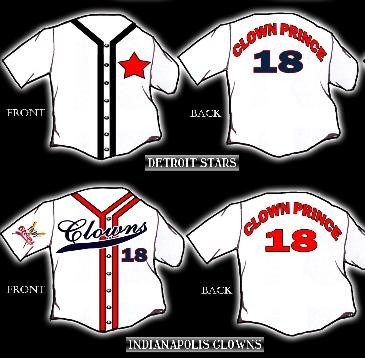 "Its a special offer we're running right now to gauge people's interest," explains Muhammad, who plans to offer the memorabilia for sale individually next year.

Before it was cut short by injury in the late 1950s, Henry's career as an infielder included stints with the Memphis Red Sox, the Indianapolis Clowns, the Detroit Stars and the Detroit Clowns. Muhammad is offering collectibles from all those teams to honor his grandfather.