Two weeks ago, the otherwise honorable Mayor Francis G. Slay was branded a "Butt Head" by RFT because he (and his PR team) did not participate in a poll of local elected officials about smoking bans. Slay was not alone mind you-- several other area politicians refused to take staff writer Kristen Hinman's calls and became the, ahem, butts of our little joke.
But of course the mayor's case is a little different.
Unreal is no political strategist, but we assumed that any statesman worth his tailored suit would have the common sense to take part in a survey in a local publication that focused on one of the cornerstones of his third-term platform. Nope. Even though Slay has emerged as perhaps the most outspoken advocate of a city-county smoking ban, he has nevertheless remained mum on the issue in the pages of this esteemed alt-weekly.
And just when Unreal was ready to forgive and forget the whole affair, good ol' Francis goes and flips us a proverbial bird.
You see, while the Mayor may not give us his opinion on actual, honest to goodness issues facing our fair city, he's content to seek out your opinion of us with a "mini poll" posted last week on his website.
The survey, aptly titled "Is Everyone a Critic?" seeks out the views of local citizens regarding local arts and entertainment writers. 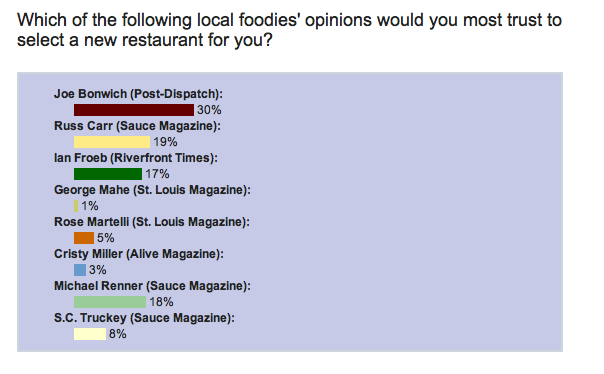 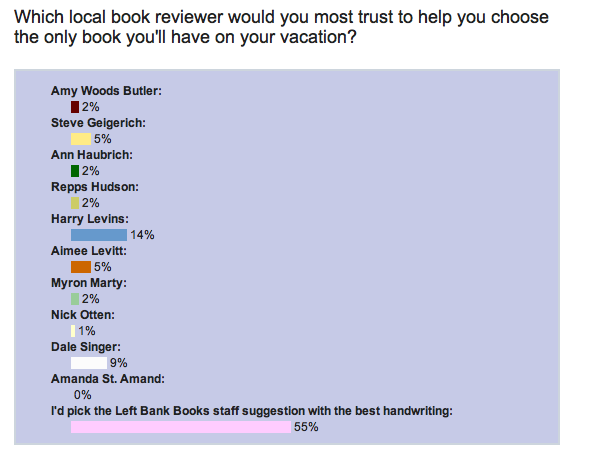 Rest assured, Unreal is not bothered by the fact that the fine folks at the RFT are not exactly putting a Slay-style hurting on their Maida Coleman-like peers in the polls.
We may, however, have a bone to pick with this little gem from the survey's introduction: "Haven't you sometimes suspected that most 'unfiltered consumer reviews' and 'user comments' are really penned by a backroom of cyber-gnomes employed by a Washington Avenue PR firm?"
To which Unreal can only reply, haven't you sometimes suspected that most polls, public statements, blog posts, and tweets by the mayor are really penned in a back room at city hall by a hapless team of chain-smoking hacks?