June 08, 2009 at 11:50 AM
comment
Twenty-five years after the comic book (and subsequent animated series, awesome action figure line and movies), the Teenage Mutant Ninja Turtles are touring the country in a bus, stopping in cities to perform their own style of martial arts. On Friday, they stopped at the St. Louis Science Center.

Although it's been more than two decades since the half-shell ninjas first won over popular culture, their fans are still dedicated, for ironic reasons or not. So they arrived, posed with the  TMNT -- and April, their TV news reporter ally -- on Friday and hung out through Saturday. After the jump are photos of their stop here Friday. 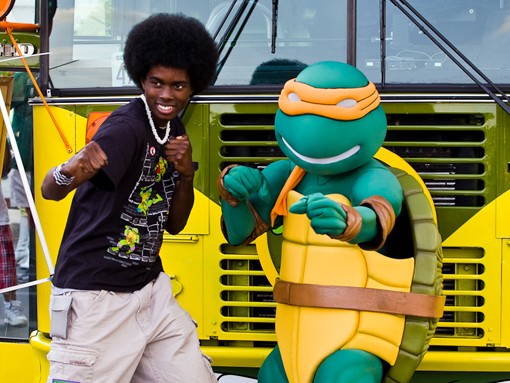 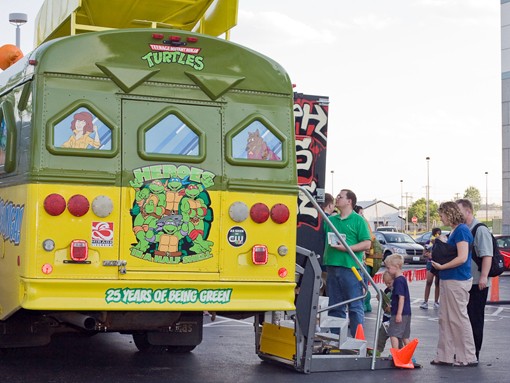