The Unreal Solution to the St. Louis Rams and the Dome Dilemma

June 05, 2009 at 9:49 AM
comment
Much has been made about how the drab confines of the Edward Jones Dome could provide an excuse for the Rams to leave St. Louis once they're sold to a new owner.

The team's contract with St. Louis mandates that the dome be among the nicest 25 percent of stadiums in the NFL, and no one who's been to the Ed (or "football warehouse," as it has also been called) could argue that the venue comes anywhere close. In fact, in 2007 Sports Illustrated ranked just five stadiums (out of the league's thirty-one venues) behind the Edward Jones Dome.

So what's St. Louis to do? Here is Unreal's simple solution: 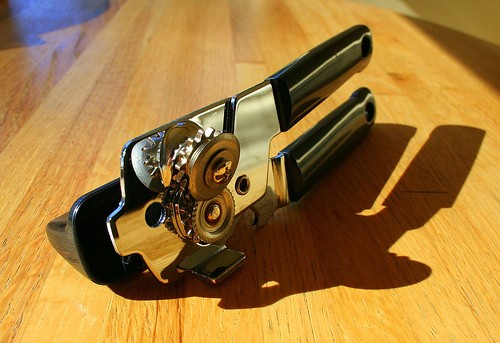 That's right. Take a giant can opener to the dome and rip off its roof. Seriously. Allow us to explain.

The problem with the dome is that it sucks all life out of the game, providing all the charm of a finished basement, circa 1984. You know the one we're talking about: Faux wood paneling, water-stained carpeting, tile ceiling with flickering, fluorescent lights. The sour reek of mildew.
Cutting the roof off will make it a real football venue.

But wait, there's more! Have the city and county float a bond for $200 to $300 million that would allow the stadium authority to put a retractable roof on top. Then roll that bond offer into the sale price of the Rams. (Hey what's another $200 million when the value of the team is a supposed $925 million?)

Under this proposal, the Rams would now be part owners of the stadium, giving the team's owners even more incentive to stay in St. Louis. And with retractable-roof stadium (at the fraction of the price of building a new structure), the Rams might once again have a home within the top 25 percent of all teams.

At the very least, a retractable roof would make games much more pleasurable for fans. And don't we deserve this as much as the team, especially after sticking by a franchise that has won just five games in the past two seasons?