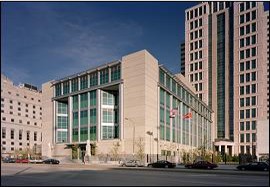 Three correction officers have been indicted for distributing drugs to inmates at the St. Louis City Justice Center. According to the U.S. Attorney Office for Eastern Missouri, the jailers delivered heroin to prisoners several times this year.

If convicted, each count carries a maximum penalty of twenty years and/or fines up to $1 million dollars.