Let's Fix the Cardinals Roster, Shall We?

May 27, 2009 at 7:26 AM
comment
Yesterday, I wrote about the troubles that the Cardinals are having right now, particularly in terms of the offense, and how those issues are directly related to the way that this roster is constructed. Today, I wanted to see if I could come up with some options on how to fix these problems.
First, though, a quick word about the options status of Brad Thompson. An astute commenter yesterday pointed out that Thompson was already sent to the minors this year (after the game in which Chris Carpenter got hurt, in fact; that awful loss to Arizona), and then recalled, so he did have options. The thing is, he was sent down, but I'm pretty sure the team had to expose him to waivers to do so. Looking at his status and the transaction log on him, I can't for the life of me figure out any way he would still have any options left. I know for a fact that Thompson was optioned in 2006, '07, and '08, which would be all three years he should have had options. I know there is a fourth option year for certain players (Anthony Reyes had a fourth option year last season, in fact), but that's only for guys who get to the big leagues really quickly. Thompson does not fall into that category.
Thanks to anyway1102 for pointing out something I was remiss in including, but I'm pretty sure that Thompson would still have to be put through waivers to send him down again. The team got away with it once, while WonderBrad was sporting an ERA somewhere in the mid-6.00 range; I doubt they'll risk it again.
So anyhow, as I said yesterday, the biggest roster issues with this team are as follows:
1) The injuries to the depth players have left the Cardinals without good second line options;
2) The thirteen man bullpen is sucking up roster space while adding little value; and
3) There are too many players assured of roster spaces, due to a lack of minor league options. 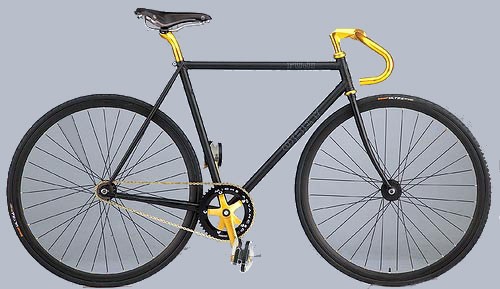 So, let's fix this thing, shall we?
Well, first off, as far as the injuries go, there simply isn't a whole lot you can do about that. I know, it isn't the answer everyone wants to hear, and frankly, it isn't really the option I want to give. But when not only the player you were counting on to start get hurt, but the guys you were planning on backing them up go down as well, there just isn't a whole lot you can do about it. Nonetheless, there are definitely some moves to be made that could ease this situation.
-First off, the bottomless bullpen has got to go. Period. And there's only one solution: one of your two bottom guys is out. That means either