By the Boards: Dennis Brown on the STL Theater Scene May 22-24

May 22, 2009 at 3:50 PM
comment
Sir John is back in town. The portly Sir John Falstaff is surely the most beloved of all Shakespeare's comic foils. A liar, braggart and coward -- no wonder he makes audiences happy. He's the perennial know-it-all who seems to have everything going for him until he slips on a banana peel. 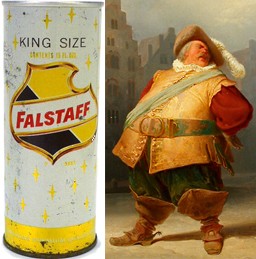 Falstaff is best known as a featured player in two of Shakespeare's history plays. But for the next three weeks he will be swaggering through Forest Park as the principal lout in The Merry Wives of Windsor, this summer's offering from Shakespeare Festival St. Louis.

We'll have more to say about the actual production in next week's RFT. But in the abstract, this lesser comedy (no major critic has much good to say about it) might be ideally suited to SFSL. Unlike the better-known classics, Merry Wives is a show without expectations. Falstaff should fit right in with wine and cheese and belly dancers and sword swallowers. The entire experience should be agreeably merry.
The plot, you ask? Though it does involve matters of seduction and lechery, it's not really germane to your having an amiable time. Truth to tell, there might be more drama going on behind the scenes at SFSL than onstage. Last month artistic director Dawn McAndrews resigned after a tenure that barely had time to find its legs. True, last summer's offering, Richard III, was regrettable, but that choice was in place before McAndrews joined SFSL. Merry Wives was to be the first production over which she had full artistic control. Yet she resigned before it even went into rehearsal. Now SFSL has mounted a search -- not for a new artistic director -- but rather for an executive director.

How lame is that? Apparently the board doesn't believe that artists are necessary to developing quality theater. No surprise, then, that with the sole exception of The Tempest, since its inception in 2001 SFSL has yet to mount a single production that any objective critic would deem outstanding.

The Merry Wives of Windsor continues nightly (except Tuesdays) at 8:30 pm. through June 14.

***
In other offerings this weekend, Chuckle with Chekhov is Soundstage Productions' self-consciously cute umbrella title for an evening of Readers Theater devoted to some of Anton Chekhov's lesser-known one-act plays, translated here as The Celebration, The Evils of Tobacco and The Power of Hypnotism. It's hard to imagine anyone spending an evening in Chekhov's company and not feeling better for the experience. Soundstage has joined the land rush to the Crestwood Plaza ArtSpace.

And First Run Theatre is giving birth to a new script, The Playing Ground, by John Wolbers. The play will be staged this week and next in the comfortable auditorium at DeSmet High School in Creve Coeur.