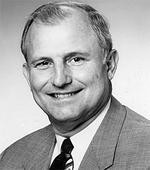 About a year ago, we told you how North St. Louis "developer" Paul McKee Jr. was getting a sweet deal -- public money to pay kids to mow the overgrown grass on his properties.

You can get ready to pull the quotation marks from around developer. As you've likely read, McKee is in the works with two northside aldermen to develop a whopping 400 acres of property that he owns over the next fifteen years.

KWMU reports that the sweeping project will include two neighborhoods and part of downtown, comprising "four major commercial developments and housing." The station's source was Michael Allen, who was invited to a meeting Monday night closed to reporters. Allen is a regular KWMU on-air guest and assistant director of the Landmarks Association, and shared some details with the public radio station.

Says Allen to KWMU: All of the Jeff-Vander-Lou and all of St. Louis Place neighborhoods fall under the developer's plans, as does part of downtown. Click the tacks on the below map to see the neighborhoods.

View Untitled in a larger map