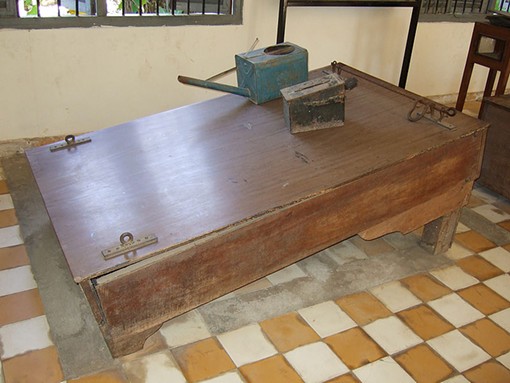 KMOX's morning talker Charlie Brennan hosted a segment yesterday on water-boarding, and apparently several callers said they would gladly volunteer to hit the boards to see if the interrogation technique amounts to torture.

Brennan -- not a bad interrogator himself! -- promptly got pumped by the idea of hosting such a session and phoned Jane Mayer for some advice. Mayer is a staff writer for The New Yorker and the author of The Dark Side: The Inside Story of How the War on Terror Turned into a War on American Ideals. She was Brennan's first guest today on the show.

And the first thing she said? She knows a guy who's, uh, dying to show people how water-boarding works!

Mayer says the fellow is an instructor in the U.S. Air Force's SERE School, a military training program that teaches U.S. military how to survive tactics like water-boarding if captured by the enemy.

According to Mayer, this instructor wants people to know just how terrible and terrifying water-boarding can be.

Brennan sounded excited - as if gesturing for his producer to start lining up the potential boardees.

But Mayer said that the SERE instructor will only agree to do the deed overseas.