In what has become an annual tradition, it now looks as if Brett Favre is once again coming out of retirement. This time, he plans on going to the Minnesota Vikings, largely because he apparently wants to get revenge on the Green Bay Packers.
First off, I have to wonder, why in the hell does Brett Favre want revenge on Green Bay?

They gainfully employed him for years, the fans worshiped the guy, and I'm sure that an annual offering of vestal virgins was made at his altar. And for that he wants revenge? The only reason Favre isn't still under center for the Packers is because he wouldn't stop stringing them along with bullshit retirement talk, and they finally had to make a decision to do what was best for the team and move on. Hmm. Weird. It's almost like Brett Favre just doesn't get it, isn't it? But that couldn't possibly be the case, could it? After all, he's a living god, and all that...
Anyhow, the thing is, I just can't take any more fucking Brett Favre talk. Can't do it. Every time I turn on ESPN, or any sports talk radio show, or pretty much anything else on television or radio, I have to hear about Brett Favre, the Man Who Just Wouldn't Go Away. Even the news feed on my desktop sidebar has betrayed me, informing me of Favre's supposedly secret meeting with 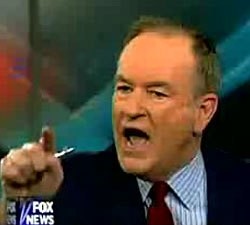 Well, I'm done with it. I am officially, as of this moment, declaring the Rundown a No Favre Zone. You can just think of me as the Bill O'Reilly of Brett Favre conversation, except, you know, human. I can't necessarily speak for anyone else who may write about sporting endeavors on here, but I swear to you, I will not write a single Brett Favre story this off-season. I will not write when he signs with the Vikings, much as I might like to blast him for being a wishy-washy distraction that we could all do without. I won't cover his first game. I won't write about whatever team he is on, as a matter of fact. This is my promise to you.
You know how parenting books (and pet behavior books, too, come to think of it), are always telling you to simply ignore a child who is acting out to get attention? Well, I've decided that's a good approach to take with past their prime, attention whoring, prima donna quarterbacks, too. Even saying something negative about it is reinforcement, albeit negative. So, no attention at all, and maybe he'll just go away. Then the only time I have to worry about seeing Brett Favre is in irritating Wrangler jean ads.
So who's with me? Are you tired of hearing about this same crap every single off-season? Are you sick of the endless speculation on whether or not Brett Favre is going to stay retired? Well, if you are, then keep it tuned right here, because this is your Brett Favre free channel, in spring, summer, autumn and winter.
And that, Ladies and Gentlemen, is my pledge to you. This is the last time you will have to read the words Brett or Favre on this blog. (This will make it much harder for me to cover Brett Wallace, but I'm willing to make the sacrifice.) Never again.
And please, Brett. Just go away already.