The Five Most Offensive Cardinals-Cubs Shirts

May 05, 2009 at 12:44 PM
comment
The snarky commenters at Deadspin are loving this controversy-causing T-shirt worn by an always-classy Cardinals fan during one of the Cubs games last weekend. Apparently this was allowed to slide while the wearer of a relatively innocuous "Cubs Suck" shirt was forced to turn it inside-out when he entered the stadium. 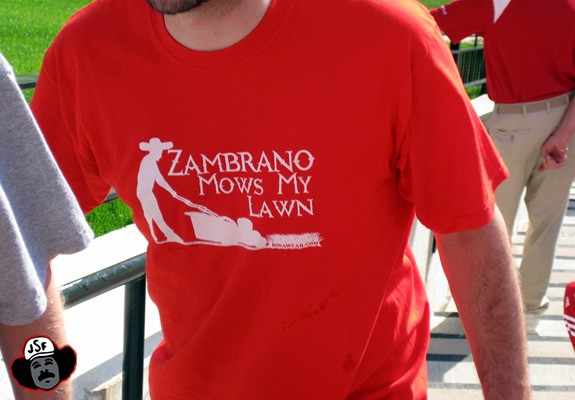 So far Deadspin's suggestions for new, soon-to-be-best-selling slogans include: "Hancock is my designated driver" and "Rick Ankiel Stole My Neck Brace."

While these are undoubtedly cringe chuckle worthy, anyone who's browsed the online inventory at Rina Wear, the Ballwin-based makers of the Zambrano shirt, would hardly bat an eyelash at them.

Rina Wear founder Jeff Michel revels in getting people riled up with his T-shirts (and he was awarded "Best T-Shirts" in Riverfront Times' 2008 Best Of issue for his efforts).

Here are the five garments (they're available as hoodies too, for cold weather taunting) guaranteed to get you into trouble with a Busch Stadium usher: 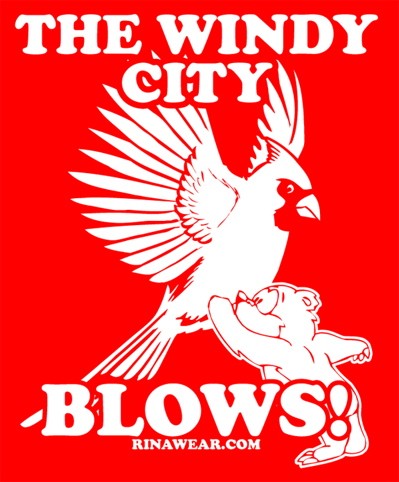 But really, St. Louis-wide, nothing touches "Sarah Palin: Putting the Cunt Back in Our Country" shirts.