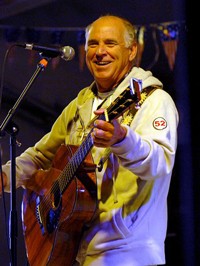 Anheuser-Busch is said to be working on a contract to purchase the naming rights to Dolphins Stadium in Miami.

If concluded, the stadium would be the second major professional sports venue -- after Busch Stadium -- to name itself after an A-B product.

The St. Louis brewer (via Belgium) is planning to call the facility Landshark Stadium in a nod to its Landshark Lager, a brand licensed under singer Jimmy Buffett's Margaritaville empire.

The deal -- for 2010 and apparently just for one year -- would boost the brand's name recognition in a year Miami plays host to the Super Bowl.

And -- get this -- Buffett is planning to pay for the deal by hosting two shows at the stadium, with proceeds going toward the naming rights.

My question though is this: Will you actually be able to purchase a Landshark Lager at Landshark Stadium?