April 28, 2009 at 8:58 AM
comment
Sadly for ladies who aspire to tackle each other in lingerie, and for creeps who love to watch it, over, and over, and over, St. Louis does not have a lingerie football team.

But a few other cities do, and to capture the... well, there's really no significance to this spectacle, other than women in panties playing football. You can't help but notice the city-specific traits of each of the teams though. I mean, it's clear who's from Dallas and who's from Seattle, even members of the Denver squad resemble their surroundings.

And anything is better than watching the Rams.

More photos after the jump. 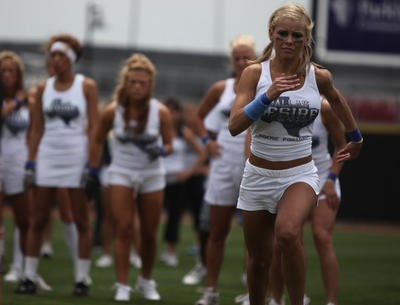 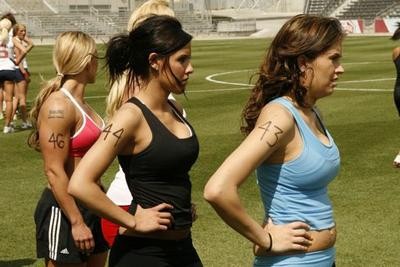