Rick Ankiel Has Shaved His Mustache

It looks like the Cardinals' Rick Ankiel has shaved it off. You know, the mustache that garnered not one, but two, blog posts, and a couple thousand visits via Google. Seems more people were interested in it than one might've guessed.

It's an all-around bummer, but at least there's still Jason La Rue's 'stache, back for another season in '09.

After the jump, is a photo of the Dick 'Stache, for ol' time's sake. 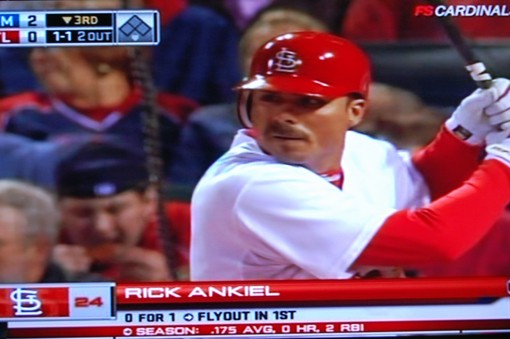