Readers of Slay's Blog Favor City/County Merger...Not That They're a Scientfic Sampling 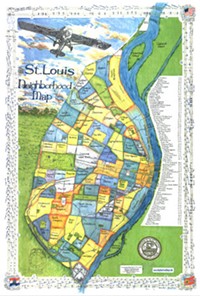 St. Louis Mayor Francis Slay posted an online poll yesterday asking readers to vote on several of the issues he mentioned during his Inaugural Address on Tuesday.

So far it seems readers of Slay's blog agree with most of the mayor's suggestions in his address -- including the ideas of merging the city into the county and giving the city control of the police department.

I know. I know. Hardly surprising given that readers of Slay's blog are probably for the most part his supporters. But there were two surprising results to the poll --  at least to me.

The first is that most respondents as of this writing believe banning smoking in the city should be a relatively simple task. The second was that when asked how they'd like the city's website to look, readers cast aside Google, Facebook and Twitter to vote that the site should mimic stltoday.com!