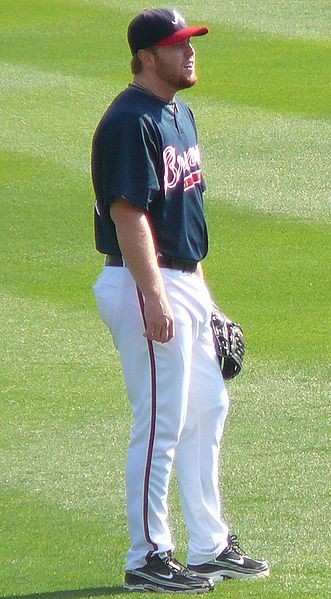 The Cardinals have pretty high expectations for the latest addition to their bullpen, right-hander Blaine Boyer. Acquired earlier this week for outfielder Brian Barton in a trade with the Braves, Boyer has already been added to the big league roster and will be the team's 13th pitcher.
Of course Boyer's old team also had high hopes for the former third-round draft pick, but they didn't quite pan out. Boyer began the 2009 season by notching a 40.50 ERA in 1 1/3 innings pitched. That monster ERA, coupled with the fact that he allowed runs in eight of his final fifteen appearances (good for an ERA of 21.60) of last season, led to Atlanta sending him down to the minors and eventually trading him.
Here's the choice quote about Boyer from a release from the Braves' media department issued shortly after the trade:

The Braves saw the tremendous physical skills that will likely lead another club to claim Boyer off the waiver wire. But as time progressed, they became convinced that his mental shortcomings were going to prevent him living up to his potential in their organization.

Yes, you read that correctly-- the Cards traded a bona fide rocket scientist for a player with "mental shortcomings."
Boyer, meanwhile, called his recent poor performances part of "a funk" and is playing up the "change of scenery" angle as a chance for future success.
If all this sounds familiar, it's because it's almost déjá vu for the scenario the Cardinals played out with once-promising prospect Anthony Reyes.
Traded to the Indians last year after consistently underperforming during his time in St. Louis, Reyes had reached an impasse with pitching coach Dave Duncan over whether he should use a two-seam or four-seam fastball.
Reyes also claimed that he too needed a "change of scenery" to reach his full potential. Now, in two starts for the Tribe this year, he's allowed four home runs and walked six batters while striking out just three.
It's too early to tell, but will Boyer's time with the Cards play out just like Reyes move to Cleveland?
Dave Duncan has worked miracles before and Boyer seems willing to learn, telling reporters yesterday that "It's been a long time since I had somebody say, 'All right, let's work on some things.' For me, that's music to my ears."
Still, it's hard to shake the Reyes similarities. And then there's that phrase: "mental shortcomings." Doesn't exactly have ring of promise in it, does it?