Three Ways the Blues Can Even it Up in Vancouver

The Blues will take the ice tonight in Vancouver, trying to even their series at one game apiece, after looking rather lifeless and a little bit overmatched in game one.

What went wrong was fairly obvious: they got outplayed, outworked, and outphysicaled. Not the sort of thing that has happened often to this Blues team, at least not since the calendar clicked over, but as a ridiculously young team with so many players in the postseason for the first time, maybe we shouldn't be overly surprised.
Regardless, those first-game jitters should be well out of the way tonight, and the Blues sorely need to pull out a win here. Is the series necessarily over if they come back to St. Louis down 2-0? No, but it certainly does put them squarely behind the eight ball.
Here are the three biggest keys to a Blues victory in the wilds of Western Canada tonight: 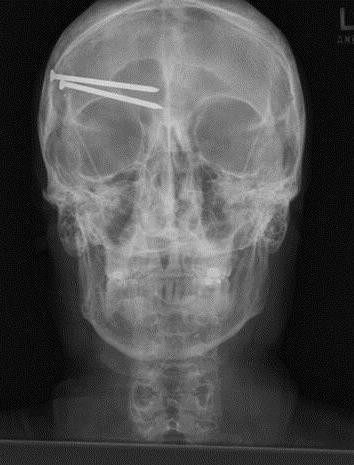 Luongo did make a couple of really great saves in the first game, but by and large, the real problem was simply that the Blues' players hung back, trying to set up perfect plays constantly, which allowed the Canucks to just camp out in front of the goal, blocking shots, or else led to open ice in front, giving Luongo a clear view of the action as it was coming at him. And when you give Roberto Luongo a chance to see the puck, the puck does not go in.
Tonight, the Blues have to be more aggressive, get down in the crease, and just jam the puck down Luongo's throat. The Blues have been a physical, attacking team all year; if they're going to even this thing up, they'll have to get back to that.
2. Tighten up the defense
The defining moment of the first game, in my ever-so-humble opinion, was the first goal of the game, which was scored by Daniel Sedin and assisted by Pavol Demitra. Both players were left completely alone out there, allowing them to set up whatever kind of play they wanted, and Mason was hung out to dry. Demitra, in particular, didn't have a defender within ten feet of him when he sent the pass over the middle toward Sedin. I don't care if there was a delayed penalty or not; a Blues' player has to be on that play -- getting the puck -- or at least putting a body on the guy about to center the pass. Just terrible, and really indicative of what went wrong.
In the games the Blues have had success against the Canucks this season, they've largely been able to contain Vancouver's best players, most notably the Sedin brothers. You look at the box score from what shall forever be known as The Oshie Game, and you don't see much of the name Sedin in there. Both had one assist, and those came on the same goal. For the most part, the Sedins simply weren't much of a factor.

Now, compare that with Wednesday night's game, and Daniel Sedin had a goal and an assist, while Henrik had an assist of his own. It may not seem like a huge difference, but what doesn't show up in the box score is how much more often you heard the name Sedin in the broadcast. Both of them seemed to constantly be in the middle of the play, even when they didn't end up with a point out of it.
Bottom line, the Blues need to tighten back up on defense. Go smack Demitra and the sisters in the mouth. The less those three show up on the scoresheet, the better the chances of a Blues victory.
3. The special teams need to be more, well, special
This was supposed to be the Blues' secret weapon against the Canucks in this series. The Blue Note power play and penalty-killing divisions were both amongst the best in the league this season, while Vancouver was very much middle of the pack in both categories. So what did we get?
We got plenty of penalties, on both sides of the ice, but somehow, no advantage for the Blues. Vancouver killed off the first six power plays the Blues had, before finally giving up a goal on the seventh. That's not such a good percentage, especially seeing as how one of those was a five-on-three for more than a minute and a half. That one was especially egregious, as the Blues simply hung out outside the crease, passing the puck back and forth, while the the Canuck players camped out down low and protected Luongo. It was one of the weaker power plays I can recall seeing, and you started to get a sinking feeling in your stomach right around then.
I said I was going to give three keys to a Blues' victory, but when it comes right down to it, all three are really the same thing: the Blues have got to be more aggressive and take the fight to Vancouver. They looked tentative Wednesday night, and if there's one thing you can't afford to be in the NHL playoffs, it's tentative. That will get you beaten every time. Offense, defense, and special teams, all three phases have to be more aggressive, dictate the pace and tone of the contest.
If not, well, I did say coming back down 2-0 wasn't the absolute end of the world, right?