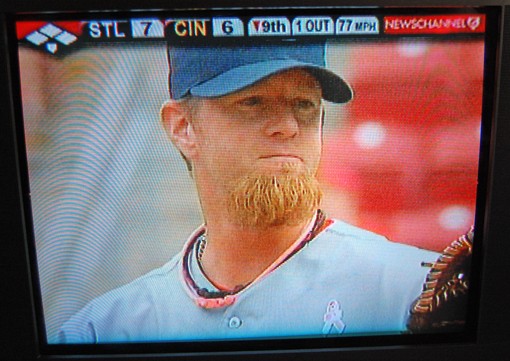 Okay, the time has come for someone to put their foot down, and that foot is me.

Something has got to be done about that thing on Ryan Franklin's face.
I don't know what the fuck it is, or exactly what Franklin thought he was going for when he started trying to cultivate it, but this has gone too far. Franklin's beard, or whatever you want to call it, has reached a 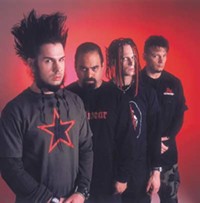 Nope, I don't care that he got the save last night. Could not care any less if I tried. No, I don't care that the Cardinal bullpen has looked more than a bit unsettled already this year. I don't care about any of that; we just have to stop Franklin and his dead raccoon facial hair from ruining our baseball season.
This is a call to arms, people. I want all of you, every last one, to be on the tarmac when the Cardinals' plane lands,  waiting with shaving cream and hedge trimmers.
Look, it may sound extreme, but this shit has got to be stopped. Think of the children.