Don King: "It's the Perfect Time to Meet Me in St. Louis" 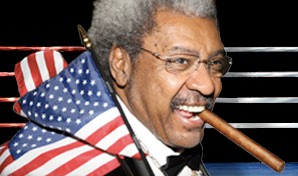