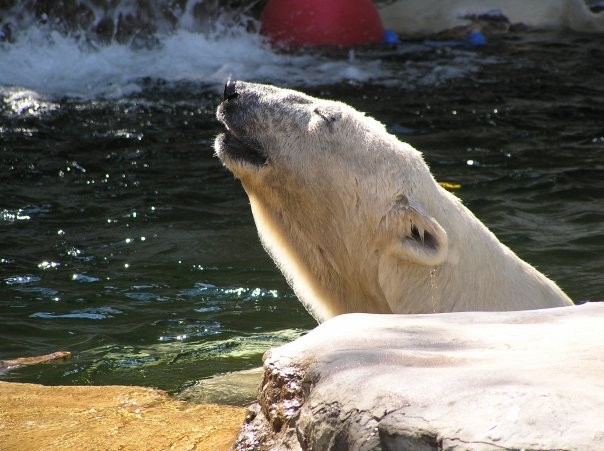 While the Saint Louis Zoo just lost its only polar bear last week and may not be able to get a replacement bear for several years, the Kansas City Zoo is about to spend $11 million on a polar bear exhibit that's set to open next year.
Via the KC Star:

The climate-controlled building will be funded with bonds that voters approved in 2004. It will include a 140,000-gallon pool with an area for viewing the endangered animals swimming under water. It will be built to standards established by the Canadian province of Manitoba.

First the Royals are picked to make the playoffs instead of the Cardinals and now KC's zoo is poised to take the lead in cute, fluffy animals (with extra humane cages to boot). It's like bizarro Missouri so far in 2009.