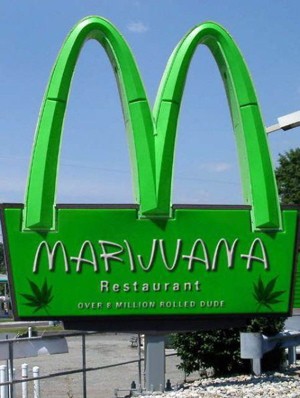 Illinois lawmakers (including one from Alton) recently introduced medical marijuana legislation in the state's House and Senate. And, unlike in Missouri, both of the bills have made it out of their committee hearings and are one step closer to becoming law.
Via the Chi-Town Daily News:


Senate Bill 1381, sponsored by Sen. William Haine (D-Alton), and co-sponsored by Sen. Iris Martinez (D-Chicago) and Sen. Jeffrey Schoenberg (D-Evanston), would create the "Compassionate Use of Medical Cannabis Pilot Program," allowing a person diagnosed by a doctor with a "debilitating medical condition" to legally possess marijuana.


The person could be issued an identification card by the Department of Public Health that would allow possession of no more than seven dried cannabis plants or two ounces of dried cannabis, according to the bill.

The legislation was approved by the Senate's Public Health Committee yesterday. Toby Trimmer, director of communications for Senate President John J. Cullerton says the measure passed 6-2. It will be debated by the full Senate by the end of next week.

Schoenberg said the measure passed with bi-partisan support, but some members of the committee urged Haine to strengthen parts of the bill regarding who can possess the drug.

And in other news, in a town hall meeting last week, president Barack Obama had this to say about the propect of legalizing and taxing: "I don't know what this says about the online audience, but I want people to think -- this was a fairly popular question -- but the answer is no, I don't think (legalizing marijuana) is a good strategy to grow our economy."
As one colleague aptly summed up: "Boom. Put that in your pipe and smoke it."